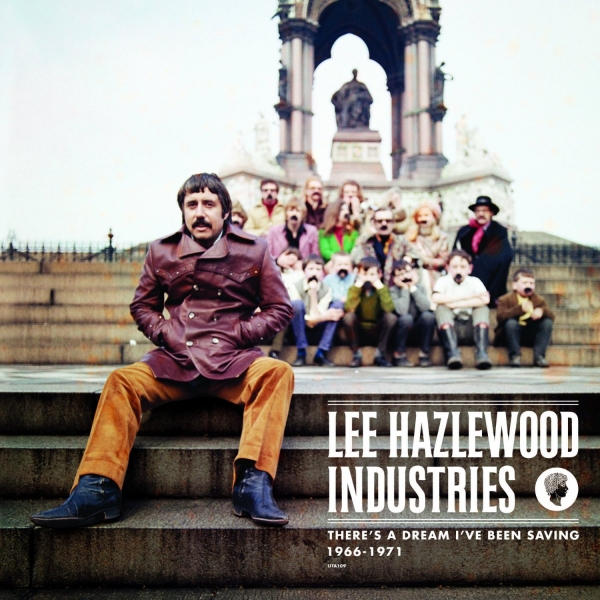 In the minds of the uninitiated, Lee Hazlewood is the epitome of the American cowboy. A rough, travelling man, his booming vocals and evocative lyrics were the embodiment of the fast disappearing American frontier. His songs gave a sense of a great nostalgic yearning for the Wild West, but underneath lay a songwriter of remarkable intellect and scope. Tracks like “Some Velvet Mornin’” and “No Body Like You” had just as much in common with the flower power of San Francisco as they did the country tradition of Nashville. Singer, songwriter, producer, record label owner, shrewd businessman and visionary, Hazlewood is only now beginning to receive the acclaim he truly deserved.

Born in Oklahoma, Lee grew up travelling through Texas and after returning from Korea found work as a radio DJ. Starting to write and produce his own songs he found early success as a writing partner for the influential guitarist Duane Eddy. After ten years with Eddy, honing his craft and scoring a string of hits along the way, Lee found success on an international scale penning “These Boots Are Made For Walking” for Nancy Sinatra. Off the back of this acclaim he was able to create his very own record label, Lee Hazlewood Industries.

Wasting no time, the label very soon started signing acts and releasing LPs. Alongside 4 Hazlewood solo albums, the label wrote songs for, produced and released many other groups. Though a well oiled machine with a remarkably quick turnover rate, the imprint never quite managed to find the hits they needed to stay afloat; after five years and over 300 songs, LHI had come to the end of a remarkable journey.

Overlooked in its heyday, most of the work it produced was destined for obscurity. Thanks to the tireless efforts of Light In The Attic, however, nearly every single and LP released on the label has been saved from the mists of time. At 107 tracks long, There’s A Dream I’ve Been Saving gathers all four of Hazlewood’s solo albums for the label alongside a collection of songs from the roster of artists signed by Lee. Over the course of its four CDs, the collection paints an impressive picture of a label willing to try just about anything, as long as they thought it might be a hit.

Also included in the collection is the never before released television special, Cowboy in Sweden. Released to accompany the album of the same name, Cowboy in Sweden is part music video, part mondo movie and gives a good insight into the strange world that gave Hazlewood the nickname “The Psychedelic Cowboy”.

DISCS 1 & 2: Woke Up Sunday Morning With My Head Full Of Pain & I Was Born Running Wild The Victim Of A Woman Child

The first two discs in this expansive collection cover everything the man himself recorded for the label. From the ridiculous to the sublime, Hazlewood proves himself a peerless songwriter. Immediate comparisons can be drawn to the likes of Scott Walker, but whilst Walker’s eccentricities lend his music a darker underbelly, Lee’s music often shows his humour. Through the intimate nature of his asides to the listener, the back and forth between him and his female companion and the knowing, wry humour of his lyrics, his personality lives in each and every track and as the collection progresses it paints a picture of a remarkably intelligent, if sometimes irascible, larger than life character.

While at times the songwriting can be less than exemplary, the moments that do shine through do so remarkably. The heartbreaking “What’s More I Don’t Need Her”, with its harpsichord and crushingly honest lyrics, stands as testament to his ability to write a ballad, delicate and profound. On the opposite end of the spectrum “Let’s Burn Down the Cornfield” is a piece of country rock as sleazy as they come, but it also highlights the strength of musicians Hazlewood surrounded himself with at the label. One thing that becomes clear is that Lee Hazlewood refused to settle for the mundane; there’s “Sleep In The Grass”, with its references to Greek mythology, “Wait Till Next Year” sounding like a proto-Tom Waits…

It’s fair to say that Lee was at his best when pushing boundaries. There are cases of some of the more innocuous offerings suffering by comparison to outstanding tracks like “Paris Bells” and “The Night Before”. Having said that this collection is not presented as a best of collection but is everything he recorded. In that light it’s impressive that the let downs are few and far between. That in and of itself should be enough to recommend this compilation.

Hazlewood’s solo output is merely half the story, however. The later half of the compilation showcases the breadth of talent under the guide of Lee on his eponymous lable. From the nuggets-esque Garage Rock of ”Hamilton Streetcar” to the gospel piano of “Don Randi”, the variety of genres is seriously impressive for such a small independent record label.

Reading through the include booklet, stories begin to emerge that paint a picture of a creative atmosphere where any idea was chased down as long as it may have been a hit. The label played host to some of the most skilled session players operating at the time. Musicians like the legendary Jack Nitzsche as many others from the hugely prolific Wrecking Crew help make some of these tracks an outstanding example of the psych pop . Bands like The Woodchucks, Crash Band and Phoenix 70 were essentially the same bands made up of these sessions musicians and the included tracks prove to be some most interesting in the collection. Apparently recorded to fulfil contractual obligations, the tracks show the breadth of their playing ability, one sounding like Link Wray, the other closer to Lee Dorsey.

One of the more tragic of these labels stories was Detroit girl group Honey Ltd. Tipped for success due to their good looks and beautiful harmonies, the girls auditioned for Hazlewood in Los Angeles who signed them on the spot. Spending big on print ads and Tv slots, success seemed assured. However after a distribution deal fell through things started to fall away and the girl group that had promised so much faded into obscurity. It may be a shame that it took 45 years for the record to resurface but their remarkable fusion of soul,pop and psychedelia sounds refreshing even today.

It’s difficult to come to neat conclusion to the box set, the latter half particularly, as there really is so much going on. The quality of the music aside (which, for the most part, is very high), the range of styles is truly mind boggling. Not only is the scope impressive, but each style has a distinctively unique take on it and proves what an inventive label LHI truly was. As a collection of music, There’s A Dream I’ve Been Saving is excellent, but as a story it is a true revelation. As an introduction to both Lee and his legacy, you would be hard pressed to find a more comprehensive and better presented package.