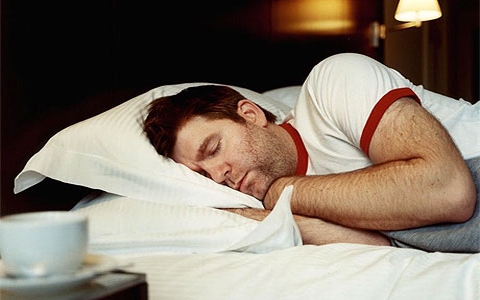 Some of us don’t get out to party very much.

Few of us have ever attended underground gigs in mythical Brooklyn.  Many of us, were we to find ourselves alone in New York, wouldn’t have a clue where to go.  We’d head for Times Square and end up paying through the teeth for last-minute Broadway tickets.

So be it… we can still enjoy LCD Soundsystem.

Dance music has always been a ‘you had to be there’ sort of genre.  But where “there” is, at any point in time, has never been that easy to pin down.  By the time we make it down to Fabric, or Plastic People, or – God help us – Ibiza, we’ve already missed the boat and the trend-setters have buggered off elsewhere, leaving us with the expensive drinks and the tourists.

And yet here stands James Murphy, paterfamilias of LCD Soundsystem.  Ostensibly, unimpeachably, cool, and yet self-effacing, tongue in cheek, maybe even approachable. Someone who’s willing to make terribly silly music, ‘Drunk Girls’, and terribly frank music, ‘All I Want’, and terribly strange off-kilter music, ‘Somebody’s Calling Me’, and roll it all up into a single disjointed seizure of an album.  The secret truth about This is Happening is that we can dance to it when folding laundry without feeling like vicarious ravers or worn-out husks.  The bass might not sound all that good from our laptop speakers, and we might not get all the references (who really listens to Saucerful of Secrets (I do! – Ed) anyway?), but that doesn’t mean that we don’t get the album.

This is Happening preserves all of the strengths of LCD Soundsystem’s previous two albums. It captures the insistent bass lines and undeniable attitude, the eclecticism, the funk, and even the sentimental melancholy that took us all by surprise halfway through Sound of Silver.

This is not to say that Murphy has become content to re-enact past achievements; but the changes are subtle. There is a broader use of live instrumentation, tracks such as ‘You Wanted a Hit’ feature striking guitar riffs with the beats and arpeggios serving merely as garnish. Keyboards also feature more prominently, and the synths used on tracks such as ‘One Touch’ and ‘I Can Change’ are surprisingly muted.

Lyrically, too, the album is muted.  Gone is the exuberance of impromptu visits from Daft Punk, and in its place the ennui of someone who has been on the floor too long. On the closing track ‘Home’ Murphy implores his company to “grab your things and stumble into the night… shut the door on terrible times.”  Relationships, in particular, figure strongly; ‘All I Want’ is an ode to a steady relationship, whereas ‘I Can Change’ appears to centre around far less requited affections “dashing the hopes and smashing the pride”.

As with previous LCD releases the sequencing is a hodge-podge affair, one is likely to skip to particular tracks based upon mood and preference.  But once again, the quality is so relentlessly apparent that having skipped to your favourite track you’re more than likely just to let the rest of the tracks play away on repeat, as you wash your dishes and clean the toilet, your booty jiggling throughout.