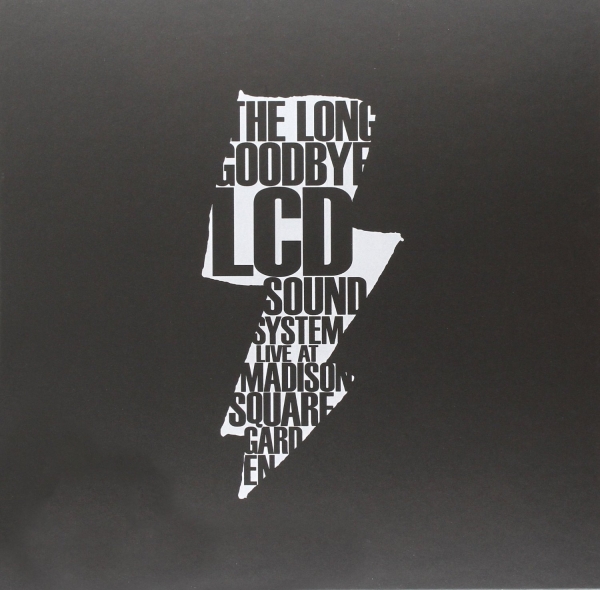 LCD Soundsystem, and in particular anti-talismanic frontman and brainbox James Murphy, occupy a critical space reserved for an elite few. In a career comprising only of a triptych of albums, they achieved the acclaim and die-hard fan base that bands usually carve out over decades. There’s a generation of people, now in their mid-to-late twenties, for whom LCD, and Murphy, exist as a near-deity.

And heck, the man has the credentials. Before LCD, Murphy turned down a writing job on Seinfeld. Since LCD, he’s remixed a Pulp B-side and turned the Arcade Fire into a disco band. The man couldn’t endear himself any more to his adoring public of semi-nerdy ultra-cool halfbeards, and that’s before you consider the band he led in between.

LCD Soundsystem, to me and many others, are everything one can want from a band, and as they release a live album, recorded at their final show, now seems as good a time as any to appraise what it is that made James Murphy – a millennial misfit with a chip on his shoulder – the voice of a subculture.

For a start the idea of subculture and its territorial trappings are leitmotifs throughout the LCD oeuvre. Music is often the stomping ground on which we hone our personalities, and almost always the epicenter of a subculture. Punks wouldn’t exist without punk, mods would be lost without the Modfather, and goths would be much less eye-lined in Robert Smith’s wailing absence. I’m aware it’s a bit of a stretch to equate LCD’s appeal with the slightly members-only feel of those closed communities, but it does illustrate just how central our listening habits are to our perceptions of selfhood. This (slightly high-fallutin’) thesis is backed up, and picked apart by LCD.

Take “Losing My Edge” and “Pow Pow”: both songs rattle with the idea of being pissed that you don’t own something you want to own. On the former, Murphy vents his frustration that other people play the same music he used to play, that a whole generation is catching up and enjoying the music he considers to be his: “I was the first guy playing Daft Punk to the rock kids.” It’s a comical, stunty song, but one that strikes a nerve for anyone who feels just a teeny bit wound-up when something they like gets picked up by a bigger, newer public. It’s your music, and to disperse is to dilute it. On “Pow Pow”, it ties into a pretty-2000s obsession - that your taste informs identity. Of course the whole thing is nonsense; that identity is some fungible good, to be worked over and cultivated and traded on. Thanks to social media, we can discerningly choose what we ‘like’ and broadcast it to friends of friends with itchy clicker fingers. LCD channel this frustration. You have your interests, and then when people share in them, it’s like they are taking them from you. Murphy hinted at this same disposition in the brilliant Shut Up and Play the Hits documentary, stating that he read Thomas Pynchon’s Gravity’s Rainbow in order to establish some kudos. (NB, as someone who also read that book, all I got from it was a headache and a fascination in V2 rockets.)

Another reason to count Murphy among the best of ‘em is his ability to take a mood and encapsulate it so perfectly in the formal structure of dance track. In the aforementioned documentary, he states that he “like[s] when songs are from a place. Not about something, but from a place”, and when speaking to Mixmag Brazil he put it that “songs are songs and to reduce them is to waste them. If I wanted to make something about something I would write an essay.” (Of course, the irony of using this quote in an an essay very much about something – LCD Soundystem – feels a little like a free pass from Murphy. I take what little vindication I can get.)

Songs like “All My Friends”, “Us V Them” and “Someone Great” (the song he’s referring to in both pulled quotes), aren’t discernibly about any one thing. Their lyrics don’t tell a narrative. On “All My Friends” - that rare gem of a track spun straight from its listeners’ heads, and a song I could gladly harp on about until the pianist’s fingers ping off - Murphy takes a moment of anxiety, and explores it. Sure, we go to a party (that is, after all, “how it starts”), but I can’t for the life of me see any narratalogical stepping stones that lead to sleeping on a plane, reviewing what was said whilst drunk and the kids look impossibly tanned (to paraphrase the song’s cathartic end-step). Instead, like the best lyricists, Murphy captures a mood. It’s there for us if we want it. The fact that such a mood can be punctuated with such dry wit as “It comes apart/the way it does in bad films”, is just another sign of how deft a wordsmith he is. Factor in the relentless drumline and piano riff and you’ve got yourself a recipe for the most emotionally implacable ode to being around your mates that there is.

Whilst we’re on the subject of favourite things ever: “Home” is, for me, the most indispensable LCD track. The heart-breaking candour with which it chronicles the frogmarch into adulthood is as affecting as anything can be; an unrelentingly tacit explanation that your clubbing days must fade, that the joie de vivre of youth must wither in place of a more sensible, focused life. Coming as it does, at the end of their final album, it’s hard not to view it as LCD’s own admission that the wheels had to come off (though Murphy would likely shudder at such reading for intent). Sure there was success, baying fans, and enough column inches to inflate heads into zeppelins but it just had to end. As Murphy states on their swansong, “everything was never the deal”. Locating adulthood at the point it which everyone else sees it’s time to grow up, one gets a sense that Murphy felt the walls closing in, the point at which all he could do was admit he’s “surrounded/ It won’t get any better”. I also love the way Murphy conflates the existential angst of living with a party. Both are a whirlwind of fun, embarrassment and social pressure, and both must end (usually with reluctance).

With LCD gone, there is one outlet fewer for one of the most furtive minds in modern music. A reunion is theoretically possible, though given the precision-planned manner in which they bowed out, it seems a stretch. So whilst everything may never have been the deal, three faultless records and a live album of a gig I couldn’t go to is something I’ll shake hands on.