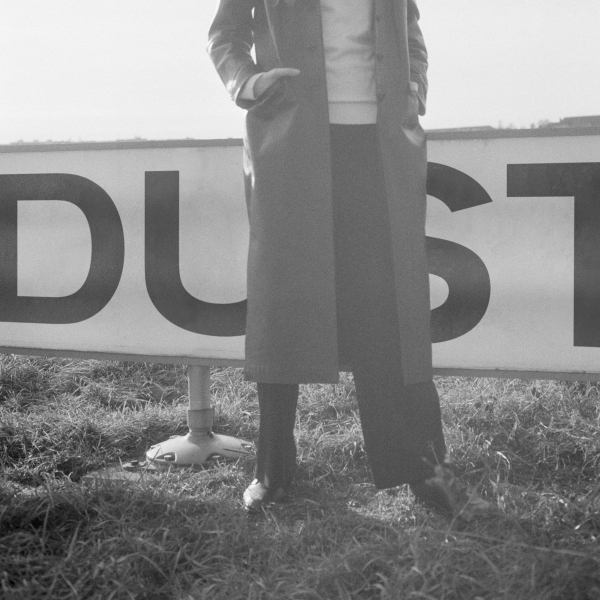 Given Halo’s past releases and background this comes as no surprise. Classically trained, and having spent time in free jazz ensembles and DJing for Berlin Community Radio, her breakthrough came with 2012’s shape-shifting avant-pop album Quarantine, an abrasive entry hailed by many as one of the best albums of that year. Its moody, ambient world-building was punctured by her unprocessed and raw vocals, an element some were keen to criticise. By the following year, follow-up Chance Of Rain had largely dropped the vocals in place of the guttural techno stylings of her Midwestern roots, prefigured in EP Behind The Green Door and later recurring on double EP In Situ. Despite a gaze transfixed on the dancefloor, these releases still retained the dreaminess of her debut album, weaving surreal atmospherics in and amongst rigid programmed beats.

Dust represents an expertly crafted amalgam of it all, folding together stuttering electronic beats with experimental jazz percussion, manipulated spoken word with rich vocal harmony, and thick sub bass with canvases of mallet instruments and saxophone. As on Quarantine, Halo’s vocals (and those of contributors Klein, Julia Holter, Lafawndah and Michael Salu) feature prominently. Lyrics simmer with all the ambiguity you’d expect from somebody whose music deftly resists pigeonholing. The sumptuous “Jelly” features the brilliant refrain "My eyes/back there/in the/mirror/where I/left them" – the words spaced wide apart, ready for scrutiny. On the serene “Do U Ever Happen”, Halo confesses in her flat voice "Since I was a kid/I’ve loved lighting fires/small scraps of leaves and plastic". There’s something gleeful about these lyrics that epitomises much of the music on Dust, a sort of pleasant disregard for convention, aware of its leftward turns but fully content with the process.

"Moontalk" is especially celebratory, with congas and gameshow sound effects decorating a club-ready tropical rhythm. It’s the straightest track on the album, even with its offbeat sampled laughter and sudden transition into cinematic orchestral sweeps at the track’s close, completely at odds with the rest of the vibe. These moments, and they literally are moments, characterise the album. It’s constantly transforming, whether through intricate non-repetitive beat structures, or sudden windfalls of melody that disrupt or develop the tone of the song. For example, "Koinos" begins as an austere percussive scatterings until it’s abruptly swept over by distorted vocoders, completely out of key – as if that matters – breaking the built up tension. It’s these these freeform swerves and turns that contribute so much to the album’s inexplicable, kaleidoscopic intrigue.

Though Dust often feels like it’s dreaming, you’re nevertheless consistently reminded of its complexity and Halo’s deep cognisance of the musical language. Avant-garde percussion and saxophone might reveal a background in free jazz, but a more implicit freedom, a way of skilfully constructing unique musical sound, permeates the entire record. There is, as is the case with most contemporary music, not much point in grasping for rigid genre descriptors when approaching an artist as fluid as Laurel Halo. Dust, hopefully, is a momentary glistening incarnation of a genuinely forward-thinking musical project.