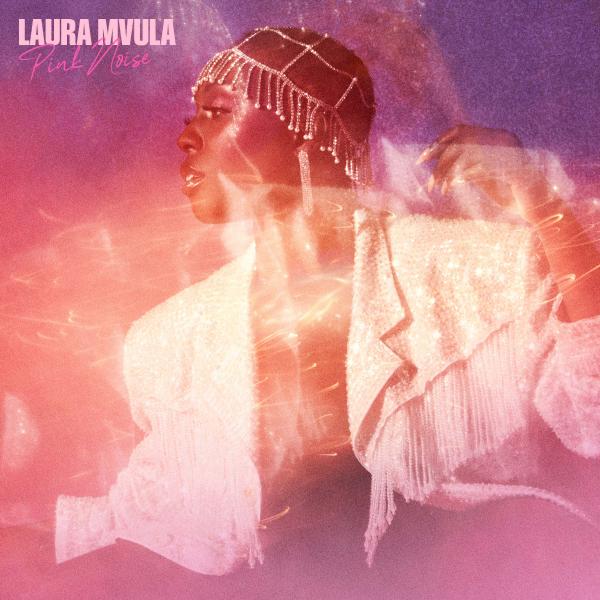 Five years on since the release of The Dreaming Room, Laura Mvula joins the troupe of comeback artists in 2021 with her synth-heavy and funk-inspired album; Pink Noise.

It’s hard to believe she was close to ending her music career and returning to teaching but three years ago, but after dedicated time focusing on her craft, we’ve been blessed with an album inspired by the decade she was born in.

Pink Noise is an obvious departure for Mvula, as she sheds her stripped back, acoustic style and ascends into the world of keytars, smoke machines and shoulder pads to boot. However, the religious undertones and hints of gospel remain in her work, keeping the album rooted in her style and familiar to listeners as she ventures into new pastures.

Starting off with, literally, a bang; Pink Noise opens with “Safe Passage” – an '80s drum masterclass swathed in funky basslines and synths apt for the Stranger Things soundtrack, along with a choral backing harkening back to tracks like “She” from Sing To The Moon. These vocals are prominent in the final act of closing track “Before The Dawn” too, and work as a fitting bookend to the album - showcasing Mvula’s talent for incredibly moving choral arrangements, but also beckoning back to her previous work to not lose sight of where she’s come from.

The aforementioned religious undertones take centre stage in “Church Girl” and deliver the most heartfelt message on the Pink Noise (“How can you dance / with the devil on your back?”), along with arguably her strongest vocal performance on the album. It’s a shame then that the other somewhat evangelical track “Golden Ashes” doesn’t really meet the standard of the album and seems to lose its flow amongst the complex chords and melodies – trying to go somewhere it doesn’t quite reach.

It’s strange to see Biffy Clyro’s Simon Neil appear on the track-list as he’s an odd choice for a collaboration on an '80s pop album. Somehow though it works, and Neil’s vocal blends into the slow-dance ballad of “What Matters” seamlessly. The track stands as a welcome breather on the album, and is carefully places to let you rest before the final two tracks explode the joy and colour of the '80s all over you.

Tracks such as “Remedy” and title track “Pink Noise” take the funk to the next level through ringing guitars and Prince-inspired riffs, basslines and spoken word moments that raise the sexiness of the track (“Give in / to the feeling”). Not to mention the wonderful “Got Me” that almost takes '80s to a tongue-in-cheek caricature of the style, using cliché instrumentation, a swung 6/8 time signature, and the attitude of a woman in a power suit swinging her keytar on stage in front of 50,000 people. It’s truly the high of the album.

All in all, Pink Noise is a roaring success for Mvula’s reinvention. It’s a joyous celebration of her past, her present, and all the success that is to come in her future. Laura Mvula is back, and she’s not going anywhere.