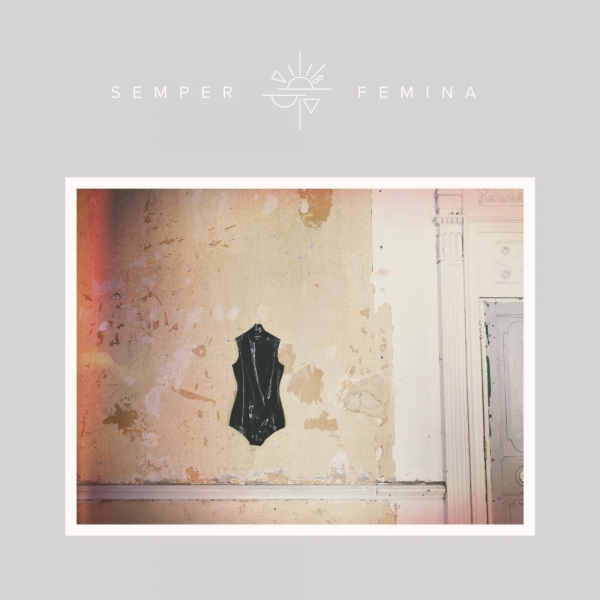 Laura Marling isn’t normally one for straightforward statements, which is what makes the press photography that accompanies her sixth record a touch peculiar.

Prominent in the portraits of her is the title of the album, tattooed about halfway up her left thigh. It isn’t just for show; she had it done back when she was 21, and as anybody who’s followed her career will know, she was long since an old hand by then. Crossword-addicted Marling had been reading Virgil on the basis that it was apparently going to help her fill in the across-and-down blanks, and she came across the line “varium et mutabile semper femina”. The translation to English is “fickle and changeable always is woman”. Marling took exception, and excised the former half to transform the latter into a message of empowerment. ‘Always woman’, forever on her skin.

Just as the ink that inspired this record’s title was etched in long ago, we’ve known for a while that Marling was planning to call this album Semper Femina. After she finished up touring 2015’s Short Movie, she threw herself into non-musical projects, particularly her Reversal of the Muse series of podcasts that saw her delve into the nature of female creativity in conversation with everybody from Shura and Marika Hackman to Dolly Parton and Emmylou Harris. Lately, she expressed regret at her perceived failure to dig deep enough with Parton - “why the accoutrements,” she wondered aloud to The Telegraph, “when you’ve got all this talent?”

It’s been on the cards for some months, then, that Marling planned to delve into the female condition with this next LP and given that the title has been in the public domain since last year, listeners are perhaps going to pick this record up expecting a clear-eyed, incisive treatise on the relationship between artistic expression and femininity.

Those expectations could reasonably be lowered in light of the fact that Marling felt she failed in interviewing Parton because she couldn’t reconcile the size of her chest with that of her songwriting ability, and when you take into account Marling’s own words on the thematic angle that she’s taken on the album, things get muddier still. “I started out writing Semper Femina as if a man was writing about a woman, and then I thought it’s not a man, it’s me - I don’t need to pretend it’s a man to justify the intimacy of the way I’m looking and feeling about women. It’s me looking specifically at women and feeling great empathy towards them and by proxy towards myself.”

None of the above really screams clarity of vision and it’s worth noting also that on Short Movie, Marling was clearly aiming for diversity in terms of both sound and subject matter, just as she did - in very different stylistic terms - with Once I Was an Eagle in 2013. The difference there was primarily geographical, with Short Movie being mooted as her California record; there’s no such environmental weight this time, with the fact that Marling has recently returned to London from Los Angeles seeming pretty incidental.

The same approach is true again of Semper Femina in that we don’t get a single, measured take on the female condition; even though it’s a short record in terms of both duration and the number of tracks, this is very much a kaleidoscopic work, examining what it is to be a woman from a variety of cleverly-realised access points. After all, it’s not like this is new territory for Marling; on I Speak Because I Can, as far back as 2010, she nimbly demonstrated her storytelling chops with historically-imbued tales like "Made by Maid", "What He Wrote" and the title track. Dizzyingly, she was still a teenager when she made that album.

Here, her writing is more obviously personal than it was back then, when those nods to past lives effectively built characters for Marling to hide behind. The album’s fractured thematically; “Wild Fire” is an end-of-relationship piece that’s caustically conversational - “you always say you love me most when I don’t know I’m being seen / well, maybe one day when God takes me away I’ll understand what the fuck that means.” She’s on similarly combative form on “Don’t Pass Me By”, rounding on insecurity and instability: “is it something you make a habit of? That’s not what I need from love.”

It feels as if the most consistent ideas here have to do with personal freedom; “Always This Way” is a quarter-life crisis track from somebody who’s done more in 27 years than most will in 50, and “Wild Once” contains the most direct references to nature on an album teeming with them. If there’s a conceptual centrepiece on Semper Femina, it’s the track from which it takes its title, “Nouel”, which has Marling going back to her tried-and-true method of channeling her own feelings through somebody else’s across the course of a five-minute fuck you to the male gaze.

In retrospect, Marling could perhaps be accused of having misled listeners ahead of the release of Short Movie; the early singles from it suggested a real sonic departure that never really materialised across the record in its entirety, with the galloping chorus of the title track and PJ Harvey-flecked ferocity of “False Hope” ultimately confined just to those tracks. Similarly, “Soothing” hinted at a bit of a left turn when it first went up online back in November, all languid bass and wandering vocal lines.

Again, that’s not borne out across the rest of the songs, and Semper Femina is actually Marling’s most minimalist full-length yet overall. There’s some really lovely, subtle work with the electric guitar throughout - the nagging, dragged notes simmering away in the back of closer “Nothing, Not Nearly”, or the gossamer-thin reverb on “Next Time” - but otherwise she largely keeps the palette a simple one, with lots of acoustic, snatches of strings, and not a great deal else. Once I Was an Eagle looks like a kitchen-sink job by way of comparison.

That says an awful lot about Marling’s progression over the last few years; she’s prolific enough that sometimes, it doesn’t feel as if she’s made that much of a move forward from album to album, and yet when you step back and take in the bigger picture, you realise how wide of the mark that viewpoint is. Probably the trick to it is that she takes her steps up the creative ladder so subtly that it’s difficult to discern the depth of them until you’ve really delved into whichever record is her latest; her development as a writer usually ends up manifesting itself in every song, in different ways but always quietly.

Semper Femina’s biggest feminist statement is its focus on individual freedom, delivered with the kind of instrumental and compositional restraint that only songwriters of Marling’s calibre are capable of. It’s not a rallying cry; the power, instead, is in the coolness and composure with which she insists that she isn’t fickle but she's certainly changeable. That’s all that seems to matter.