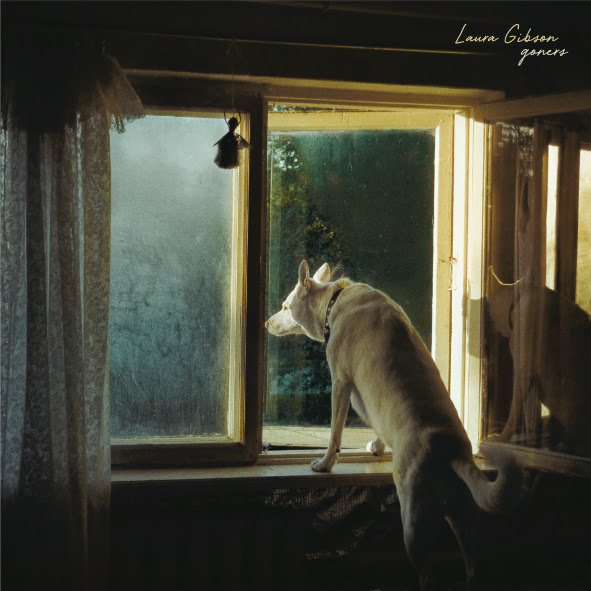 “And you wondered why my love songs are always the grieving kind”.

With hindsight, this line, taken from the title track of Laura Gibson’s stunning 2016 album Empire Builder, can be seen to illuminate the path of what was to come. Gibson herself seemed assured of the direction she was headed with her song writing. “I’d known for a long time that I wanted to make a record about grief. In some ways, every song I’ve ever written has something to do with grief.” That record presents itself as Goners, perhaps her finest LP to date.

A record about the loss of love and life, it doesn’t just address the mechanical process of grieving. It studies the fraught inherent in connecting with someone so deeply, that grief could touch upon your life; as well as the burdensome contemplation of bringing new life into a world where loss is omnipresent. The perplexity of grief is that, as humans, we are unique in our awareness of our own mortality. Forced to reckon with the fact that our time here, and that of those closest to us, will one day be over. Goners drifts in the weightlessness of this quandary but is never overcome. The wild beasts that stalk the lyrics are greeted as friends, not some harbingers of doom. Knowing that all life is finite can be one of the key drivers to strive and fight for as full a life as possible. After all, there is nothing as motivating as a ticking clock.

There is a lunar pull to Goners as Gibson again proves herself a master of enrapture. Each elemental instrument and voice is carefully stacked, lest it be forgotten. The resulting soundscapes invite you in to inhabit their world, even if only for the briefest of moments. In fact the record as a whole, flutters with a fleeting beauty. As if mirroring the theme of loss, moments of intimacy break through the surface before returning to the deep; horns blast and bow out, strings swell and ebb, and the low hum of bass strings rises and falls like the breaths of some hibernating brute.

Folk ballad “Slow Joke Grin”, with its rugged nakedness, nods to I’m Wide Awake… era Bright Eyes, as the percussion clatters and rumbles like forgotten thunder. Elsewhere the quickened pace and prominent horn section of the title track are redolent of Regina Spektor’s off-kilter indie pop. Gibson’s voice remains one of her most impressive tools. Harbouring a crafted closeness and longing clarity, she is possessed with the otherworldly ability to seemingly reach you across a great distance.

Two of the albums most veritably striking moment’s open and close proceedings. On “I Carry Water”, awash with twinkling sampled sounds and mournful piano, Gibson grasps at the impossible (“Could you teach me to lose someone?”). While on the solemn country march of “I Don’t Want Your Voice To Move Me”, there are signs of acceptance; a strength to not be overcome (“You said…It’s only darkness, what is lost is lost”). The uniqueness of this record lies in its draw. It’s subtle beauty and painted wilderness becomes a place of tender escape. So much so that it is not until it is over that you realise you miss it, and find yourself willingly dragged back in.

There is no reticence in Gibson’s sharing of grief. Falling backwards from a height, into a room full of relative strangers, Goners is an exercise in trust. To love is to accept the inevitability of grief, the two are forever entwined. On “Clemency” we are reminded that “you can't slow a fading light”; but you can keep the memories of others burning inside, and with time, embark on setting new fires. With Goners, Gibson has been sure to leave the light on for others to follow.