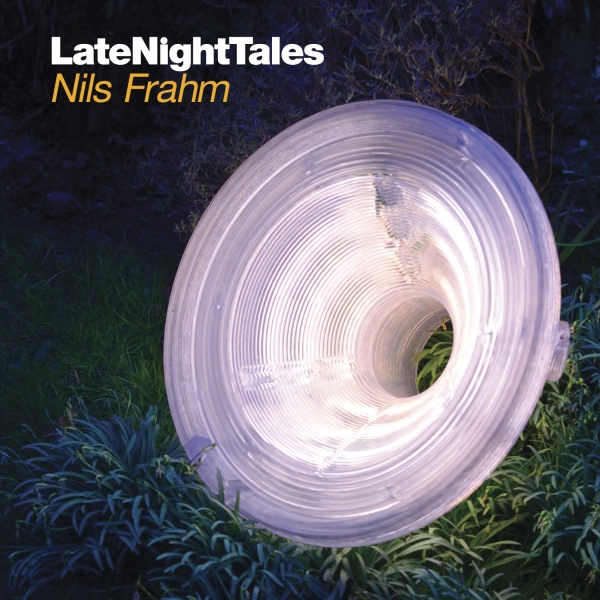 Few artists command the attention of the art-music avant-guard and the experimental fringes of pop music in the way that Nils Frahm does. After playing the Royal Albert Hall as part of the BBC Radio 6 Music Proms this summer, Frahm cements his place as one of music’s most distinctive and influential voices by contributing to the ever-intriguing Late Night Tales compilation series.

Frahm, who is signed to famed experimental label Erased Tapes, uses this compilation to present precisely the eclectic mix of artists you'd expect from someone who makes it his business to dissolve genre and defy convention. In addition to the dark electronica of Boards Of Canada (whose “A Beautiful Place Out In The Country” he re-works for this LP), and the pionerring jazz of Miles Davis, Frahm also pays tribute to the great pianists of twentieth century, whose playing has informed his own work.

Frahm selects Dinu Lipatti's interpretation of Bach's “O Herr Bleibet Meine Freunde, BWV 147” (“Jesu, Joy of Man's Desiring”), the piece which both began and ended Lipatti's tragically brief career, cut short by Hodgkin's disease. Vladmir Horowitz's “Flight of the Bumblebee” also makes an appearance, alongside another of the twentieth century's great pianists: Nina Simone. Frahm overlays the spoken-word passages from her “Who Knows Where the Time Goes” onto Penguin Café Orchestra's “Cutting Branches For Temporary Shelter” to create a subtle mediation on the transitory nature of – well, just about everything, really. Frahm does have a sense of fun, though – and he includes a ten second snippet of his girlfriend's cat purring to prove it.

This album centres around Frahm's sensitive reworkings of the material he weaves together in his Late Night Tale; the most audacious of which is his interpretation of John Cage's silent opus “4'33””. Frahm actually plays his for four minutes (he doesn't even reach the titled length of the piece, cutting off the performance to switch to music of the Baka Forest People of East Cameroon).

With this record, Frahm reminds us that music – whatever it's genre, origin, form or status – holds a power like no other medium to represent our shared, human emotional experiences.