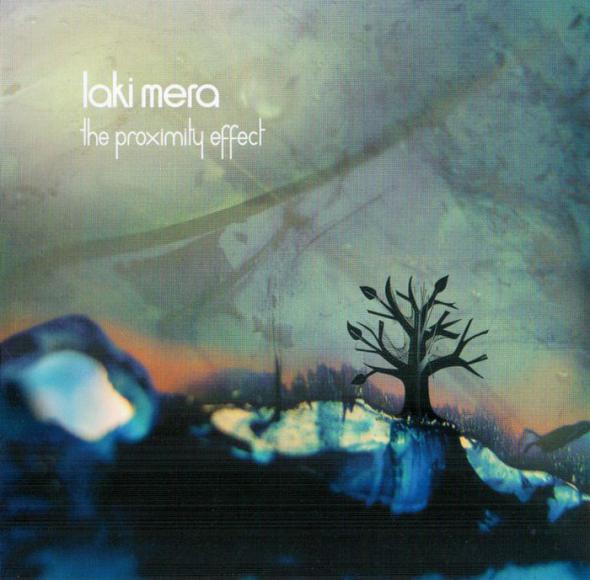 Laki Mera are something of an anomaly being surrounded by the guitar-led bands that dominate the Glasgow music scene. The most obvious comparison is with Portishead and Beth Gibbons, their blend of epic electronica being a chillaxing sort of trip-hop pop with distinctive female vocals. There’s also a touch of Feist sensitivity and some very, very laid back synth – a nonchalant nod to the 80s revival that’s seen musicians churning out computer-generated beats over the past few years, perhaps.

Instrumentally, Laki Mera don’t wear their hearts on their sleeves – nor their melodies, which are subtle sometimes to the point of being obscure. The quartet’s name too is suitably enigmatic, being a derivative of the Italian word for Chimera – a lesser-known mythical creature constructed from the parts of different animals. It can also refer to something dream-like and ephemeral. Appropriately, Laki Mera are definitely enigmatic if not blatantly obscure, which may be why their critically acclaimed first LP ‘Clutter’ didn’t reach a wider audience.

Anyway, BBC6 Music’s Shaun Keaveny did this “folktronica” four-piece all sorts of favours by making their excellent ‘More Than You’ the Single of the Week on his breakfast show recently, ahead of the release of their new album, The Proximity Effect. Resurfacing after a quiet spell, the quartet led by production and multi-instrumental wizard Andrea Gobbi are back. And it is an apt title for a record that seems to edge oh-so-close to the point of greatness, yet somehow insists on always edging away from the important point. What ever that may be.

Laki Mera are laid back to the angle of the horizontal – demonstrated from the off on their latest release as the delightful ‘Fingertips’ follows ‘More Than You’, lazily relaxing into a synth-strumental of 80s electronica soundtrack of slow motion lightsabers swinging across a dark space. Light lands on invisible details giving momentary glimpses before the beam slowly shifts away – this is an album to dream to and there are certainly moments of brilliance.

‘More Than You’ with it’s engaging vocal harmonies is instantly accessible synth-pop; ‘Onion Machine’ is like The XX speeded-up with a few space-age noises added; and ‘How Dare You’ is pure Portishead, lead by Lauren Donnelly’s vocals soaring plaintively above the understated instrumental, her words pleading insatiably.

Yet just over half way through ‘The Proximity Effect’ tracks such as ‘Solstice’ creep in, slowing the pace to the extent that all sense of time is lost and it’s hard to maintain concentration as the music almost stops in its tracks. On a record where a little more editing might not have gone amiss, Laki Mera teeter along the fine listening line that separates ‘exciting other worldly experiences’ and ‘lost the plot’.

‘Pollak Park’ is another wordless drama that blends effortlessly into the second half of the album and wouldn’t sound out of place as the backing track to an assassin stalking computer game, or a film soundtrack perhaps, with its laser gun noises perfectly suited to a long distance pursuit made through a hazy metropolis. Laki Mera are more likely to transport you to another world, soundtracking your moves with their music, than command the full attention deserved of singles such as ‘More Than You’ and ‘How Dare You’.

This Scottish quartet are quietly soothing their way into popular music’s conscious, despite being subtle enough to run the risk of being drowned out by the pushier, bolshier more immediately headline-grabbing noise of fellow Glasgow-based groups such as Glasvegas and Franz Ferdinand. For a band who would fit in better a few hundred miles south and west in the trip hop capital of Bristol, they may yet struggle to grab the attention they deserve. That said, Laki Mera still sound like a band that are skirting around the edge of the main point of their music. Maybe they just haven’t found it yet. Either way, they’re certainly not doing a bad job – it just feels for all the world like there’s a lot more to come.