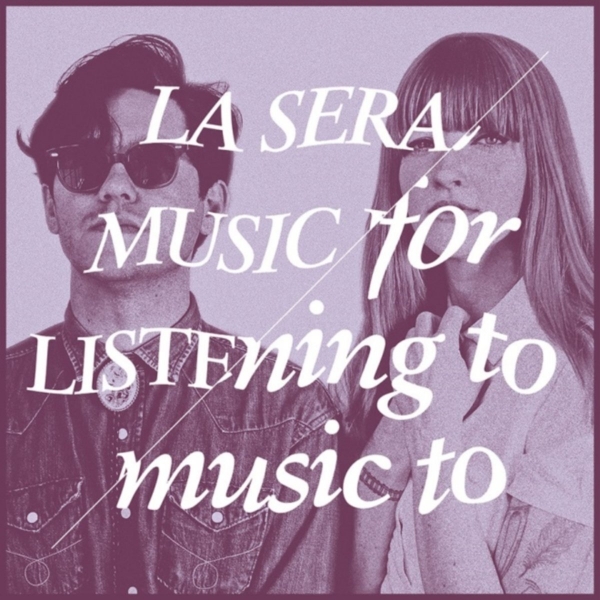 As you’d expect from a country record, La Sera’s fourth album is full of love.

This love includes good and bad romances, adoration of Johnny Marr’s guitar playing and classic songwriting, but essentially it’s in love with the redemptive power of music. Hence the title, which is up there with Spacemen 3’s Taking Drugs to Make Music to Take Drugs To as one of the most straight to the point album titles ever.

La Sera are now a duo, with mainstay Katy Goodman joined by her husband Todd Wisenbaker who produced 2014s Hour of the Dawn. He's replaced in the producers chair here by Ryan Adams, who adds his signature analogue and live sounding feel with minimal overdubs. The punkier lo-fi edges to Goodman’s songs have been pared back, but as a result the songs sound more golden and timeless than ever.

Despite all the changes, Goodman’s voice is still the star of the show. The opener “High Notes” flies in with a blaze of furious rockabilly guitar from Wisenbaker before Goodman’s deliciously nonchalant vocal arrives, where she comes on like a modern day June Carter. It sets the template for the brevity of the songs, at just over two minutes it doesn’t outstay its welcome - if anything it could have been rather longer. And the video is something else, a bonkers 50s homage, complete with hilariously naff aliens.

The sparseness of the production helps the upbeat songs to pack a real punch. The vibrant duet between Goodman and Wisenbaker on “One True Love” is brimming with energy and the guitar chords move in all sorts of unexpectedly pleasant directions, it also checks another 80s guitar hero, R.E.M.s Peter Buck, especially his playing on their debut Murmur. “I Need An Angel” which again has Wisenbaker’s guitar chiming away beautifully is also a duet, with Goodman playing the part of the vengeful angel of the title. As she coos “Hear them all crying for me…” it could be Sweetheart of The Rodeo era The Byrds with Grace Slick on vocals.

The slower songs show a more restrained take on modern country. The waltz of “A Thousand Ways” (which spins a riff on the guitar from The Smiths “Reel Around The Fountain”) is wonderfully romantic. With the line “Stay here with me, always” it’s the sort of song you can imagine being played at a 50s prom. The plaintive “Take My Heart”, which also borrows a Marr riff - this time “Back To The Old House” – has a central line “Do you believe in me?” that possesses a lovely vulnerability. The closing “Too Little Too Late” is a song about realising that opportunities are sometimes missed for a reason. It’s a wistful way to end the record, but provides a sense of closure to an album that muses on matters of the heart with humour, irreverence and touching acuity.

Having a superstar producer such as Adams could have resulted in him imposing his sound on the band, but given the love of music that La Sera and their producer share there’s no such interference at play, Adams lets them be themselves. The sound of the record and the simplicity of the arrangements bring out the accomplishment of the playing and singing.

Instead the recording session prompted another album. Adams, Wisenbaker and drummer Nate Lotz recorded his cover of Taylor Swift’s 1989 two months later and the Johnny Marr nods that are all over Music For Listening To Music To would go on to be found in the “Some Girls Are Bigger Than Others” guitar phrasing that ended up on his take on “Wildest Dreams”.

Music For Listening To Music To is a record that sounds simultaneously old-fashioned and modern, a delightful reminder of ‘that’s how it used to be done’ but ultimately a modern country album charged with electric guitars, a love of jangle and a showcase of Goodman’s glorious singing. But most importantly, it’s a gorgeous collection of timeless songs.