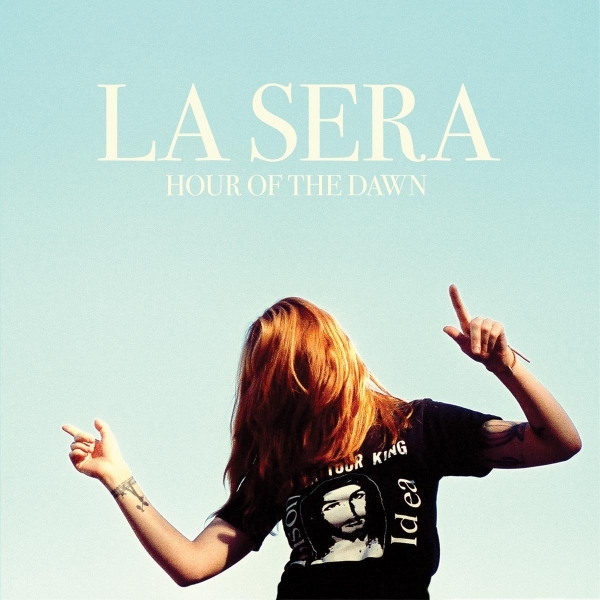 Is anyone reading this review familiar with Limmy, the Scottish comedian? His Twitter account provides the kind of consistent mirth that his BBC series Limmy’s Show! - only commissioned north of the border, and hardly surprisingly given the impenetrability of the accents involved - only occasionally manages. One of his more recent party tricks has been to recommend, on a weekly basis, that his followers “check out Daft Punk’s new single, ‘Get Lucky’”, if they get the chance, on the grounds that it’s the “sound of the summer.”

It’s easy to be flippant about such tired tags, of course, but Hour of the Dawn fits that particular bill so perfectly that it’s impossible to not have it spring to mind. This is nothing new, either; La Sera have form in this regard, especially on their last full-length, Sees the Light. That record - which was the first (and only, until now) meaningful post-Vivian Girls output - made it abundantly clear how able Katy Goodman is when it comes to writing pop songs; it was massively underrated, but perhaps a little too diffuse, stylistically speaking.

Hour of the Dawn, though, offers up much more in the way of consistency, with “Losing to the Dark” opening proceedings in genuinely ferocious fashion. Touring guitarist Todd Wisenbaker is effectively the unspoken other half of La Sera - in much the same way, for example, as Bobb Bruno is the silent partner in Best Coast - and here he buries the ignominious investment he made in crashing uncoolness during his Jenny & Johnny days, when he more or less dressed as Morrissey during a Manchester support slot to Bright Eyes. “Losing to the Dark” has Goodman on belligerent vocal form, sure, but it’s the guitars - at once both furious and unpredictable - that really set the track apart as a statement of intent.

Hour of the Dawn’s triumph is in the manner in which it manages to boil guitar pop down to its very essence; Sees the Light was perhaps a little too exploratory, whilst Vivian Girls’ Share the Joy suffered from its requirement to adhere to the stringent lo-fi parameters that the band had already set themselves. This record, though, is completely carefree; “Summer of Love” and “Running Wild” are obviously hook-driven, but still sound pleasantly unhurried. “All My Love Is for You”, meanwhile, is a little more pointed; the maintenance of mood lies mostly with Goodman, who’s superb voice - largely wasted amongst the sheer scratchiness of Vivian Girls’ output - is the album’s driving force.

The guitar work is by no means without prominence, though; the lackadaisical solo on the title track is perhaps the standout moment, and the overlapping lines on “Control” - whilst clearly in thrall to some well-worn eighties influences - are pitched perfectly. “10 Headed Goat Wizard” isn’t just thematically an outlier, either; its introduction of acoustic guitar - the album’s only real burst of it - is tastefully timed.

“Storm’s End” closes us out slightly incongruously - the distorted spoken-word section at the climax is pretty clumsy - but it’s ultimately not enough to threaten Hour of the Dawn’s position as clear frontrunner for the summer’s most blissfully enjoyable pop record. It’s light years ahead of anything Goodman turned out with Vivian Girls; she’ll never be the world’s most original songwriter, but the opportunity to let both her vocals and her guitar breathe is one that’s already paying dividends.