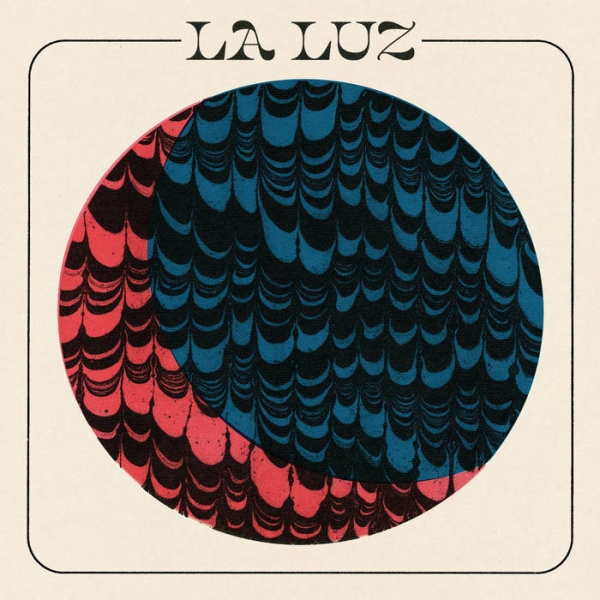 Four albums in, and on the face of it, alt-rock trio La Luz’s soundworld is not so different to that of their 2013 debut It’s Alive. But whilst elements of their instrumentation and song-writing may remain, La Luz’s self-titled fourth project is a completely different animal.

Part of this newness can be put down to the involvement of producer Adrian Younge, whose writing credits include Black Hippy members Kendrick Lamar, Ab Soul and ScHoolboy Q, and neo-soul pioneer Bilal. Citing the band’s willingness to take risks as a key factor in their collaboration, Younge’s presence can be most keenly felt on funk-influenced single “Watching Cartoons”, as off-kelter drum breaks combine with excellent backing harmonies from Lena Simon and Alice Sandahl.

External production is not what makes this album, however. As the name would suggest, this album is the band in many ways at their most quintessential, with elements of what we have come to expect from a La Luz album littered throughout. Pitch-bending guitars, modal progressions, Western themes, and Simon & Garfunkel-esque background crooning, all led by a wonderfully understated vocal performance from lead singer Shana Cleveland, form the backbone of the album, but there is still room for invention. Mellotron (see “Lazy Eye and Dune”), theremin (“Goodbye Ghost”) and Indian stringed instruments (“Yuba Rot”) are used tastefully and sparingly to push the sound further.

What really separates this album from its predecessors is its consideration of motif on a micro and macro scale. Capable of unravelling instrumental outros that push previously-heard melodies to their potential - see opener “In the Country” and head-thrasher “Metal Man” - La Luz start to play with lines from song to song. Outros begin to be separated from the song’s that started them. Mid-album instrumental “Yuba Rot” acts as the thematic closure for the slow, swung melodies of luscious ballad “Oh, Blue”, and even more pronouncedly, the exact melody and progression from late-album standout “Lazy Eyes and Dune” are revisited in closing track “Spider House”, only now with far grittier instrumentation to provide a new feel to old themes.

This might be La Luz at their most idiosyncratic, but they have now added a new level of maturity to their already-impressive output. No longer raw and promising, they have returned as a band truly at the top of their game.