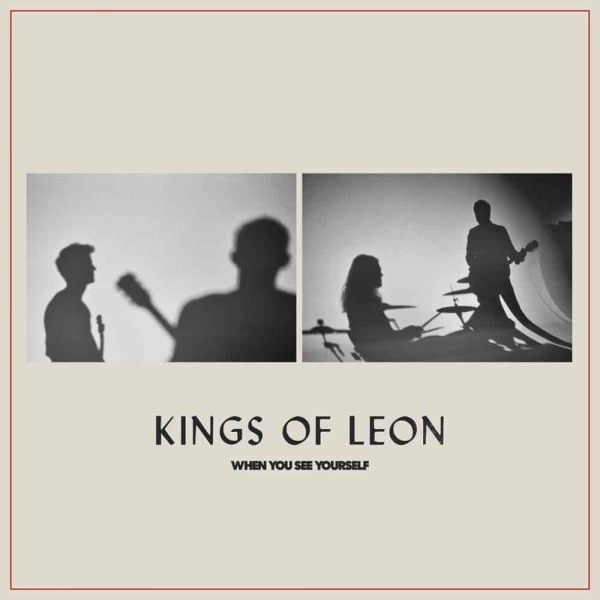 Kings of Leon are a band who, once upon a time were crown prince’s of the raucous indie rock ‘n’ roll ‘00s. Championed, and rightfully so, by the decadence of a generation who needed a new way to let go in the echoes of a post 9/11 world - where everything felt mightily intense - their haughty steps up to arena-ready rock band by the turn of the decade made it feel like they were unstoppable.

As the early ‘10s bubbled and brewed with a changing world, the chest-out, rooster calling road-weary band began to find their way into maturity, and with such came a more subdued sound; one meant for lazing on beaches and enjoying life.

All well and good, but eleven years past this turning point, things have remained stagnant. In a larger period than from their conception to their dramatic ascension, Kings of Leon have explored minimal territory which doesn’t exactly beget excitement. While it's easy to reflect a band upon their vibrant youth - especially when nearly twenty years into a career – it’s also easy to forget that growing up is par for the course of life.

This is a band that no longer require critical appraisal to affect anything in their career. They’re beyond that - they can just exist. However, in their early days, when supporting the likes of Bob Dylan and U2 in their cataclysmic climb, both names that are synonymous with longevity, as well as pushing boundaries, for better or worse, why haven’t Kings of Leon allowed the gamble of ideas to take hold?

Certainly, the world is shrinking contextually for a band of four white men. The need for a new Kings of Leon record doesn’t exist, but this is still a band in the throes of needing to do something, and that something comes in the form of When You See Yourself.

After barn-storming through the upper echelons of culture and society – from four redneck bumpkins to arguably creators of some of the finest sing-along moments penned to guitar, and embracing the influences and fashion that subsisted around them – to the point of no return, their eighth outing is still miles away from any notion of their former youth. But it’s a telling reminder of where they see themselves.

“One More Night” continues the quartet's penchant for ambling intros that build to the promise of a moment, which in this instance is the tarmac-rumbling “The Bandit”. From here things begin their wandering, and at times wonderful, odyssey.

Feeling like an album that’s more jam session than a statement piece – you can picture the brothers Followill bouncing off of one another, locking into a groove, smirking at a flash of riff as vocalist Caleb pours from the depths of his Southern heart. Still, watching from the sidelines doesn’t make for a particularly engaging listen.

Tender moments evoke emotion in the way they've always excelled since the heady days of “Milk” and "Knocked Up", but it's that intensity, where you feel the brothers are lamenting from the heart, pointing at their scars and howling at the moon, that's missing.

“Fires gonna rage, and people don’t change” Caleb laments on the wistful “Claire & Eddie”, a statement that feels trite in its good intention - given it's placed in a world where the sentiment feels apt, you can almost forgive its appearance.

The moments that do strike a spark; the promise of a glint in the eye, or an increased heart rate, do fall few and far between, but when they do crop up, the frazzled figures of four bandy-legged brothers that stumbled out of the Tennessee wilderness all those years ago ready to aha-shake the world up are still in there somewhere.

There’s nothing inherently bad about When You See Yourself, but it feels like you could merge it with any release from their last decade of activity and construct an album that has some heart to it. Time waits for no man, and on the surface Kings of Leon know this and are doing things their way, but so have so many others, and to more rewarding ends.