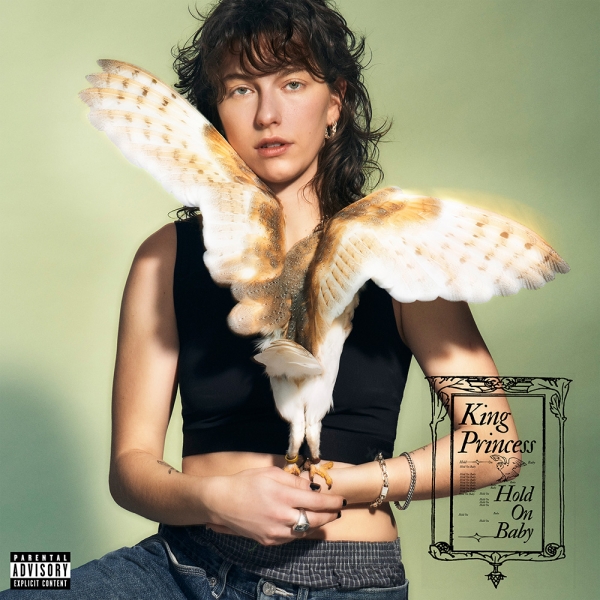 Following up the rockstar swagger that saturated even the most intimate moments of King Princess’ 2019 debut Cheap Queen, Hold On Baby flips the table round and saturates even its bolshiest moments with a sensitive, tender energy.

Laden with lush instrumentals and King Princess’ vocal delivery as chameleon-versatile as ever, we’re taken on a ride through her psyche that’s strikingly vulnerable: a new side to the unshakable cool of her debut.

Where Cheap Queen felt very intentional and thematically focussed, Hold On Baby almost feels inherently exploratory by comparison, despite the fact that it’s one-track in the same way – but it never feels repetitive. It's more like a therapy session that goes round in circles looking for answers in different places and eventually, finally settling. “Curse” tackles pain in a fraught platonic relationship for the first time, and we return to it from the flipside in “For My Friends,” but the two are gorgeous, heartfelt foils to the other. In the former, King Princess murmurs desperately that “it’s a curse to be your friend’, then on the latter, she opens herself up in a beautiful, glittering chorus that declares proudly and gratefully “loving me takes patience.” While a lot of Hold On Baby delves into self-criticism, it’s also a lesson in how realising your own shortcomings and owning up to them frees you to recognise where you also deserve better too. It’s realism at its most hopeful.

The instrumentals of Hold On Baby are nothing short of stunning; a cinematic waltz through imaginary cities punctuated by the odd crooning muted trumpet or ethereal aquarium piano. King Princess has developed the architecture of her musical world with every detail attended to, leaving space for her voice to explore and find itself immediately at home. “Crowbar” is a subtle standout, carefully crescendoing, grinding gravelly backing vocals right up against the silky synth overtones and bringing the layers together seamlessly.

On Hold On Baby, we find King Princess both more coy and more confident than we’ve ever heard her, and she leaves us little doubt that both those sides of her feed one another. There are still plenty of sultry moments, like the piercing darkness of heartbreak anthem “Change The Locks” or the groovy 'OK-whatever' of closer “Let Us Die,” which is just a classic snarky pop-rock banger through and through – but with KP finesse. Everything we hear, she’s chosen to share with us, and she’s chosen how we’re going to hear it – it’s honest about being not-quite-an-open-book, leaving the blanks for us to fill in by starting to have these conversations with ourselves.