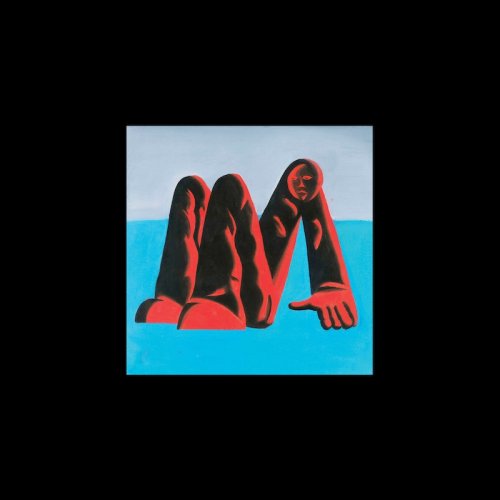 There comes a time in many musicians’ ouvre when the debauchery of their drink and drug fuelled existence gets usurped by the new found wonders of sobriety, domesticity and children. Dylan did it on New Morning, Bill Callahan did it more recently on Shepherd in a Sheepskin Vest, and now we have a new, unexpected member to this most sensible of clubs: Archy Marshall.

Krule’s new record, Man Alive!, is a subterranean home-stay dirge that documents the change from the ennui of habitual inebriation in South London’s young creative scene, to the domestic bliss he is experiencing - out of the capital - after the birth of his first child. The comparison with the aforementioned records ends with that subject matter, though; to delve any further into it would be misleading.

Man Alive! is light on the cheery acceptance of fatherhood and heavy on the slump that apparently came before. In many ways it’s peak King Krule – all paranoia, sloppy, booze-soaked slide guitar, and the dark, gruff boom that we’ve come to expect from Marshall. The record opens with "Cellular", whose familiarly hazy riff continues where The Ooz left off. Indeed, if first came The Ooz, this is most certainly The Dirge, an album on xanax that feels like sticking your head in a vat of treacle. The vocals are so deep and muffled on “Cellular” that it sounds like Archy Marshall doing his best impression of King Krule: that unmistakable marbles-in-the-mouth slur which sees syllables slop out in a soupy mess is turned up to 11.

There is certainly less filler here than on previous albums, but there are still points which feel a little dull or repetitious, as on "Slinky" and "Theme for the Cross". However, these mishits are just about saved by songs with simple, contained melodies and guitar lines that take us back to the green pleasure of 6 Feet Beneath the Moon. The double hit of the annoyingly brief “Dream On” straight into the sulking ballad “Perfecto Miserable” is a definite high point, while the lovely, crooning waltz, “Underclass” leans the most to the jazz end of the spectrum that Krule likes to dip his toe into.

Despite snatches of the more conventional songwriting style of old, the dirge doesn’t really leave the record at any point. It reaches its peak on the album’s best track, “Stoned Again”, an invective that puts “yuppies” and “middle class yobs” in its sights, while simultaneously screaming with self-loathing at the artist’s own dissatisfaction with a life dictated by spliffs and pints.

There’s also something of the Humbug-era Alex Turner in the record. It comes at a similar period in their respective careers, and both invoke a feeling of their creators grappling with newfound monotony of life at the top, and so turn to grungiest depths imaginable to escape it. The pair’s lyrical writing shares many of the same hallmarks too, ‘reality’ being the operative word in their reflections of inner city life – Turner with a witty northern honesty, Marshall with a languorous London swagger.

If fatherhood hasn’t, it’s tempting to ask whether anything will temper the angst which still runs through King Krule’s veins on Man Alive! It's difficult to complain, though, when he channels that anxiety so well.