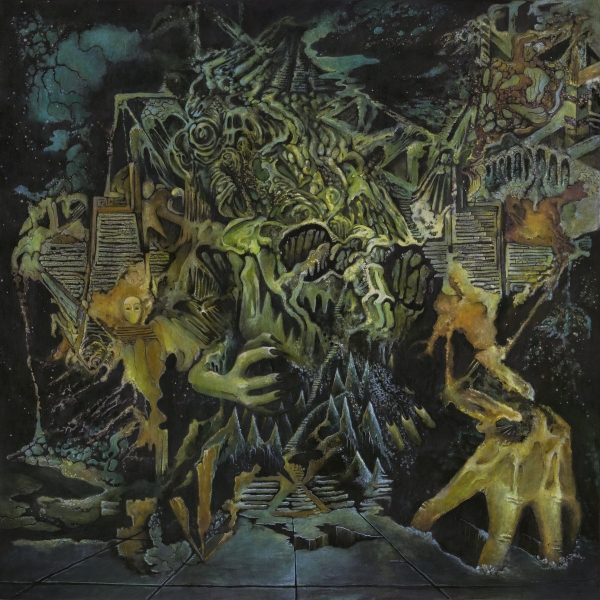 Lest the dust be at any momentary risk of settling after February’s electrifying Flying Microtonal Banana, maniacal seven-headed psyche beast King Gizzard and the Lizard Wizard are back with your typical conceptual, apocalyptic summer soundtrack, Murder Of The Universe. The second instalment in the promised five LPs from King Gizz this year, the boys show no signs of slowing down.

Running through three chapters covering a flesh-eating beast, a fight to the death between a Lord of Lightning and a Balrog, and the earth's destruction at the hands of a homicidal cyborg named Han-Tyumi, it follows on from Nonagon Infinity's mind-warping parallel universe, making lyrical and musical nods to it throughout via psyche-kraut-garage-punk and spoken word storytelling. A marriage between the bombastic excess of the 70s and a narrative rendering of a horrifying future, it's a magic eye picture, a 45 minute beserk freak-out at high, high velocity. It is some trip.

Murder plays out like a no holds barred prog monster in the spirit of Jeff Wayne’s take on War of The Worlds, thematically interwoven, endless in its technicoloured imaginative conjuring of a nightmarish armageddon and just as relentless in its repetition. Inspiring, as a listener, if not necessarily instant gratification, helpless admiration of their vision for a record better contextualised as part of a body of work rather than an entity on its own.

Whereas Flying Microtonal Banana was packed with brilliantly formed songs that could be accessible to even the novice ear, Murder ramps it up massively in terms of scale, narrative and sheer insanity, sure to delight Gizzard die-hards for sheer adoration of their idiosyncratic ambition, but might not win them hoards of fans based on songmanship alone. A few listens later however and I realise the futility of trying to judge this through the frame of a standard record, like pushing a nonagon shaped peg into a round hole. It finally clicks and there's nothing to do but surrender.

Murder is hellishly dark, terminally weird and subsequently very funny. Though the Gizz do not immediately seem to be thematically concerned with the dull trappings of earthly reality, the fear and doom-laden intensity characterising the record certainly seem to neatly reflect our troubled times. Annihilation, death, destruction, villainy, despair; An apocalypse conceived for the Trump era, short of a cyborg or 2. "Altered Beast IV"'s "So crooked and curled is your point of view / There is no other creature more malicious than you", a pertinent indictment.

It almost drowns in a pool of its own vomit-themed ambition and it's an odd feeling to be left with, At the end of hearing it several times over, it inspires a feeling of discombobulation, unease, an uncertainty I'd delve back into it again imminently, but man, I'm glad that it happened. A listener left, an "Altered Beast", hungry not for flesh, but for the year's third serving from King Gizzard.