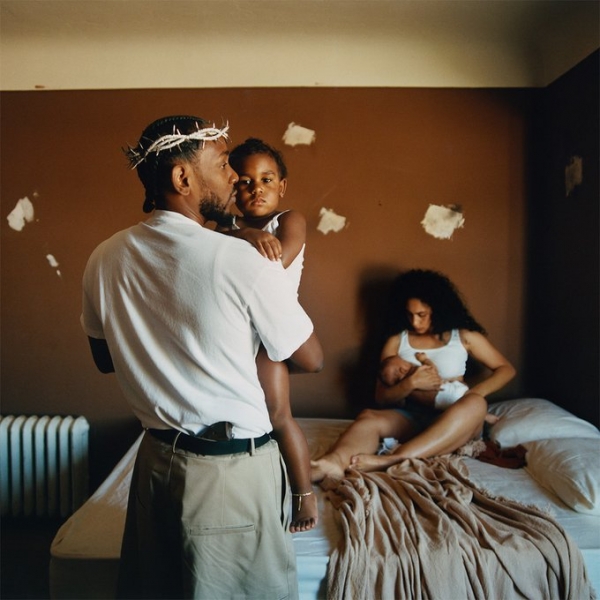 For someone already renowned for their stacked lyricism and poetic nature, it would seem Kendrick Lamar in 2022 has something to say.

Essentially, it's an assembling of Lamar’s life, seemingly tying together his success with his childhood – and the various experiences in between – with the ferocity of a lengthy therapy session; from ego to daddy issues and becoming a father. It’s unapologetic and front-facing, even dropping in a reference to the Kanye/Drake beef resolution ("I was slightly confused / Guess I'm not as mature as I think), while bringing together a list of features that runs from the expected (Baby Keem), to the respectful (Ghostface Killah), and the beautiful (Portishead’s Beth Gibbons, Sampha).

Of course, being a Kendrick Lamar album, there’s going to be aspects of this painstakingly torn apart, but on the surface this is a how double-disc albums should be. It’s a layup to tie together all he’s done with a magnificent bow that takes every second of its hour-plus run time and packing in more than any other artist would dare, while tackling new sonic terrain where the beats are often dutifully restrained and purposeful. With plenty of room for breathing, an organic composition of thought and feeling where added orchestral accompaniaments empower. There's no real sense of hooks, instead a stream of consciousness that locks in to something bigger.

Even when the tracks break free (“N95”, "Silent Hill") they still hold back, but it’s the focus on coherency which stands out, with each track bleeding into the other with swells, a fluid run through of Lamar’s most diaristic and open offering to date. Sometimes it feels too on the nose with “Worldwide Steppers” dissecting his relationship with white women (“She drove her daddy’s Mercedes / I found out he a sheriff…she paid her daddy’s sins”) but this is a warts ‘n’ all offering – a stripping down, public flagellation. No one died for Kendrick’s sins so he’s throwing himself into the fire instead.

The emotional toil of Mr Morale hits harder than any beat. “We Cry Together” is a traumatic and heartbreaking back and forth between Lamar and Zola-actor Taylour Paige – backed by a solemn sample of Florence + The Machine’s “June” – in a relationship on its erupting, last legs where the most toxic side shows. It’s wonderfully elaborate and horrifyingly real, so much so it feels like a moment you shouldn’t be privy too, as if your neighbours are having a roaring argument through the paper thin walls.

“Savior” tears apart the idea of Lamar – or anyone else – being a beacon of guiding light (an idea referenced again on closer “Mirror” which begs us to find ourselves, rather than grasp at external straws), while “Auntie Diaries” is the story of transitioning, soaring into a heavenly crescendo as Lamar reckons with the use of language before growing and understanding (unless you’re a white woman using the N-word). “Mother I Sober” (featuring Beth Gibbons) is the most vulnerable moment that deals with abuse, and leaving the haunting feelings in the past.

Truthfully, an album likes this makes sense. It’s Lamar putting down his testament; defining himself to contextualise the rest of his burning supernova story. Who knows how long we’ll have to wait again, but the six part story of Kendrick Lamar - from Section 8.0 to Mr Morale, including Untitled Unmastered - is the perfect arc. A career with the trajectory of a shooting star, tearing through the sky ascending, ascending and simply failing to return or implode, instead just disappearing into that good night.

Stridently independent, closing out with the phrase “I chose me I’m sorry” on “Mirror”, from scrappy upstart ready to swing his way to the top, to the concept albums reliving his early years, and the superstar laden album he followed with one of demos to prove simply that even the offcuts carry themselves, ultimately, a double album is the only way Lamar could’ve signalled the end of his Top Dawg tenure. And it being one so vulnerable and exposing (including using his family for the artwork), stripping the skin down to the bone, is bold, beautiful, but most importantly, a reminder that an artist like Kendrick Lamar is once in a generation.