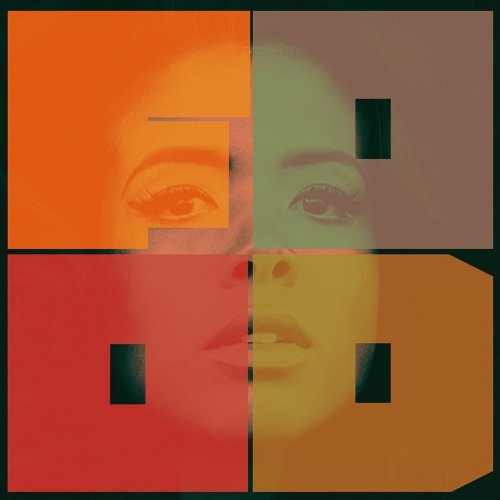 “If music be the food of love,” as Duke Orsino delivers during Shakespeare’s Twelfth Night, “play on.” Or, to look at the relationship from a slightly more modern angle: “Just get the perfect blend, plus what you have within” (Kelis, “Milkshake”). Music and food have gone hand-in-hand for Kelis – not only with the release of “Milkshake” (over a decade ago) – but through various other projects. Following the release of Tasty, Kelis graduated as a saucier, hosted her own cookery show (Saucy & Sweet on The Cookery Channel), previewed a sauce line called “Feast” – as well as a clothing line called “Cake” – and has been working on a recipe book for some time. So she literally can teach you her “damn right, better than yours” recipes, but true to her word, she will have to charge.

As for Food, the album; on the whole it’s a soul record, built around blasts of brass and soundtrack-like orchestral moments, and appears to be Kelis at her most honest, her most homely and her most reflective. Reportedly written with influences from the records her parents played while growing up, the album (produced by TV On The Radio’s Dave Sitek) successfully gives another dynamic to an already diverse portfolio, without ever sounding like a tribute or nostalgic, novelty record.

Kicking off with “Breakfast” (not only the most important meal of the day but, arguably, the most important track on an LP) the musical theme is clear. Simple beats introduce Kelis’ trademark vocals, giving them a bigger share of the stage than they might be used to, after more often being used to hiding behind big beats and deep bass. “Hey guys! Are you hungry? My Mom made food” Kelis’ son Knight announces, introducing listeners to the home-cooked collection via recipes passed down through the ages, and given a modern twist. But perhaps the chef puts it best herself, with a chorus of “This is the real thing with words.” Follow-up (and second single) “Jerk Ribs” is equally successful with the sound, layering the now familiar elements over a gentle, hip-hop-like, jerking (for use of a better word) loop, with a soaring chorus about how it “feels just like it should.” Lyrically, it’s a million miles away from the “I hate you so much right now!” artist we were first introduced to, but this new collection offers upbeat moments that will segue perfectly during live sets between “Trick Me” and “Acapella”.

Even when tracks are slowed down, momentum is kept up through classic, subtle funk elements and hints of gospel-music playing behind. “Runnin’” (written about how Kelis “became a runner to escape the fame”) highlight how hers is the sort of voice that can be at its most believable during those honest, pain-fuelled moments when it cracks and breaks. “Change” begins with an even stalker, yet instantly dramatic beat, which soon bubbles over with dramatic Spanish-influenced interludes and a powerful chorus of “You can’t escape the grips of desire.” It’s Kelis’ most theatrical performance since her guest role as the leopard on Duran Duran’s “The Man Who Stole A Leopard” (2010) and is a delicious blend of brass and grit.

While the rest of the food labelled tracks range from the rhythmic (“Cobbler”) to a Country-influenced to-and-fro between male and female lines (“I need ice cold water,” “She needs ice cold water,” during “Friday Fish Fry”) and an idea of how a still-simple second draft of Neneh Cherry’s Blank Project may have sounded (“Biscuits n’ Gravy”), “Floyd” may be the highlight. Despite the fact that the little hints of 1950s soundtrack-like horns offer the most pastiche parts, this contrast to the Kelis we have become accustomed to is a brave yet believable effort. “I know I don’t look it but I can cook,” she croons, and based on this 13-course banquet of authentic, rustic food/music, she really can.