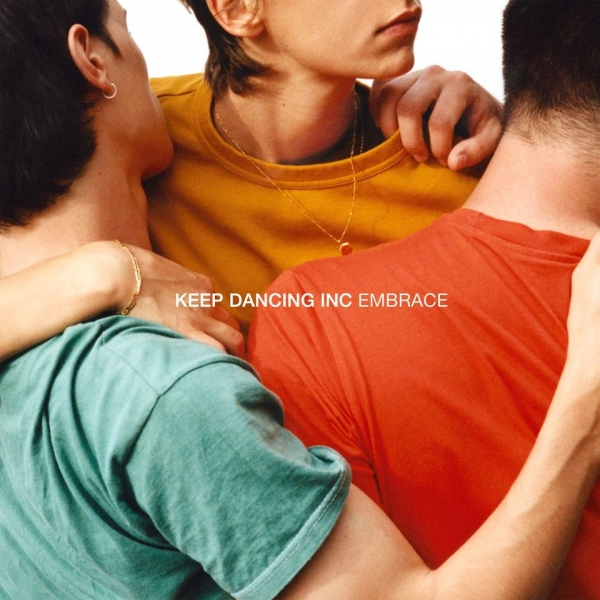 Formed after crossing paths at a Palma Violets gig, Louis de Marliave and Joseph Signoret, later joined by Gabrielle Cresseaux, found common ground in bonding over a shared passion for New Order, The Smiths and Talking Heads. The three-piece translate such influences into a manifesto to bridge divisions via the art of emitting gleeful, giddily addictive ear-candy, a template towed with exactitude on their first two EPs.

The Parisian trio build upon the synth-fuelled heart of nu-disco dabblers like Roosevelt and Panama, in many ways, dragging feet to the dancefloor with instantly accessible hook-saturated numbers, flexing a frothy fusion of blossoming keys and slinking guitar lilts. Assisted by the production involvement of Fat White Family and Haim collaborator Tom Carmichael, Embrace reflects a more polished portrait of the band. A lithe, charismatic gleam rises to the surface on tracks such as “Could U Stop”, in sync with a cascading coat of electronic rushes, oscillating between Is Tropical and Music for the Masses-era Depeche Mode. “Old Child”, in contrast, careens through gaudier synthwave grids suggestive of Com Truise and Mitch Murder, while spectral Thom Yorke-esque vocals adorn the enveloping Mediterranean mist of “Corsica Love”.

Darting between styles, the band flaunt a sense of tonal pliability without denting the bearings of their overall creative compass. Erratic Klaxons-esque bounce and polarising angst, for instance, fire through the giallo / slasher-inspired “No Milkshakes In Hell”, a narrative imagining Michael Myers with a pedantic taste for liquid dairy products: “I stabbed a man with a straw last night / Because my sweet sweet shake's temperature wasn't right”. Tongue-in-cheek flair is a keenly applied tool at Keep Dancing Inc’s disposal, with album opener “Start Up Nation” also finding space to lampoon the empty mantras and conventions of corporate culture: “If you can't get a job create your own / In the start up nation you'll never be alone”.

Sharply tapping into personal identity and current social commentary with teasing flexibility, Keep Dancing Inc differentiate themselves from their musical forebears in twisting clever themes with disarmingly moreish synth-pop fixes - a debut of standouts destined to spin on repeat.