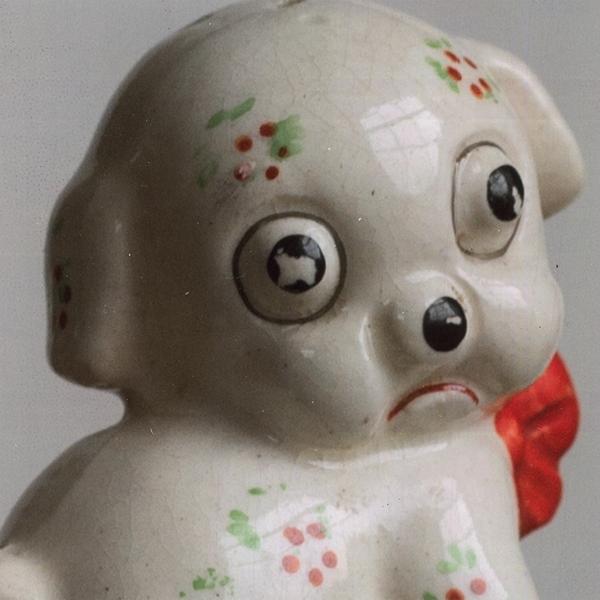 No one’s ever going to break your heart like Keaton Henson.

Returning with his first full-length release in 4 years, Monument proves the London-born artist’s mastery of emotive storytelling, where the silences sit just as poignantly as the glowing melodies. Soaked in the grief of slowly losing his father to a decade long illness, the concept album is beautifully composed, akin to The Antlers’ Hospice, or Mount Eerie’s A Crow Looked At Me, in its devastatingly emotional outpouring. Symbolised by the album artwork of a porcelain dog that's seen better days, the record plays out like a mantelpiece relic of a life once lived, a forgotten heirloom of a life once loved.

All coated in the tenderness, frustration and anger that accompanies loss, the tracks are filled with sensitivity and anxious musings. Opener “Parade” sees the artist confessional of his own sense of self and the distance between himself and his work, crooning "I'm half a songwriter, half a man, not fully either", whilst “Self Portrait” takes note of his own fragile mortality, cushioned by layered vocal echoes.

At the centre of the record sits “Prayer”, a song in two parts. The first ponders on acceptance that nothing can prepare for loss, in a soft piano-led ballad, and the second soundtracks Keaton’s personal goodbye to his father. Laid out in an orchestral uprising of moving strings and interwoven with recordings dug out from the archives of his own childhood, the piece heartbreakingly ends on the voice recording: “Keaton, wave to daddy”.

As upbeat as the record gets, “While I Can” is celebratory, filled with understanding that we must use our remaining lives to love wholeheartedly. Amidst a ringing vibrato, Keaton strikes out with conviction in the song’s climax, singing “I want to love you while I can”. His acceptance of time’s movement and the inescapability of our eventual deaths continues through to the record’s closer, “Bygones”. With clever wordplay in its closing refrain, “I give up, I’m gonna live if it kills me”, he weaves defeat with a pooling hopefulness.

Whilst grief may be Monument’s focal point, acceptance and understanding hold tight to its core. Lacking in the upbeat indie of his debut Dear, or the powerful emotional outbursts clustered in Birthdays, Monument is a heavy, but truly worthwhile, listen.