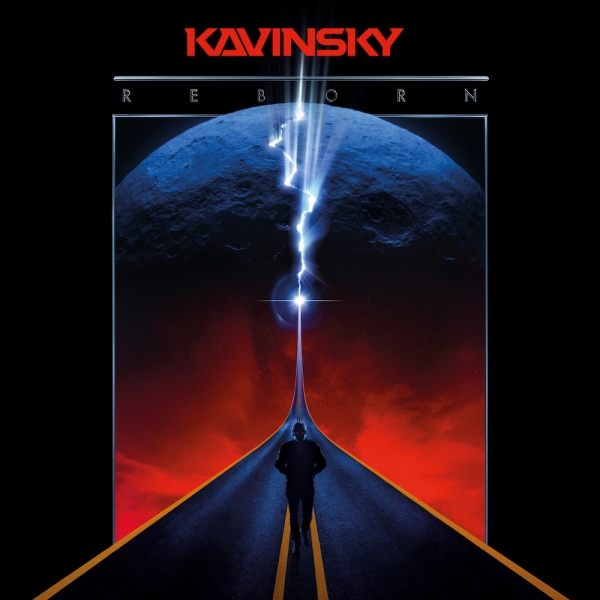 Nine years since last dusting down his red Testarossa for a spin, the letterman jacket-sporting electronic whizz returns in reanimated form to reclaim an appetite for neon-fuelled nocturnal joyrides and cassette deck-spilling antics.

A headline role in the cult soundtrack to Drive would place Kavinsky at the vanguard of a nostalgia-propelled phenomena, pairing the sleeve-rolled Miami Vice aesthetic with all the marauding menace of a John Carpenter score. Unapologetic in its gung-ho glossy ‘80s pop culture archetypes, the French maestro served sleek, faintly ambiguous goods that would set the standard for countless synthwave imitators in his wake.

The Wayfarer-shaded alter-ego of Vincent Belorgey has always occupied a larger-than-life, equally atmospheric, position alongside contemporaries such as Chromatics and College; an impression defied to some extent with Reborn, which establishes itself as a sumptuously feverish, pop-oriented sequel to Outrun’s crawling lone wolf isolationism, striking an equilibrium between party-ready perfection and the aloof instrumentals that secured his status.

A raft of guest vocalist spots borrows from the success of Daft Punk’s swan song Random Access Memories, Sébastien Tellier and Cautious Clay, to name but a few, lending their input to a slight stylistic shift for Kavinsky; a heavier electro-funk emphasis that defines “Zenith” and searing centrepiece bop “Cameo”. MOR affair “Goodbye” is despatched with the slow dancing balladry that in part guided M83’s Junk, competing with “Renegade” for standout gloss, while hinting at The Weeknd’s ubiquitous brand of club-destined R&B; the synth-pop stealth that powered “Nightcall” taking a back seat in favour of increasing accessibility.

Justice’s Gaspard Augé, fresh from recent solo venture Escapades, applies his unmistakeable quasi-gothic scale to several co-penned tracks, including the ABBA-esque “Outsider” and “Zombie”, a limber anthem for the undead that bares less comparison to Goblin’s arpeggios than a lost cut from the Scarface soundtrack in its Moroder-leaning chants and pounding synth cues. Guaranteed summer dancefloor hits carouse with the meticulously mercurial on Reborn, a collection that future-proofs Kavinsky’s curation of high-end production, addictive earworms and cinematic scope.