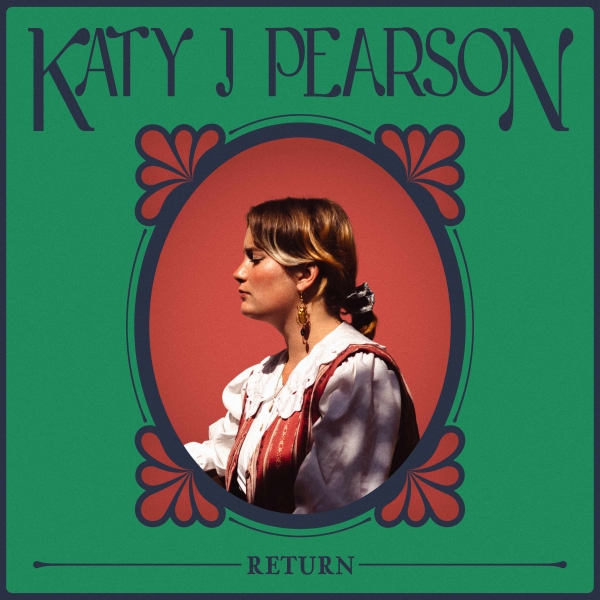 “I wonder will you be surprised / that I’ve changed like the weather, I’ve changed for the better / I’m as light as a feather and as dark as a cave,” quavers Katy J Pearson, as she ponders her own transformation with quiet confidence, over sparse acoustic arrangements elevated by strings. These lyrics, from her debut albums title track quite aptly sum up Return’s essence; which is an endearing, life-affirming ode to self-improvement and resilience.

Coming in a neatly packaged 10-track bundle of hope, Return peaks and troughs between indie-pop hooks (“Fix Me Up”) and more stripped back intimate moments (“Waiting For The Day”), featuring Pearson’s unique twangs of skewed western Americana throughout.

Despite being her debut album as a solo artist, its title eludes to a re-entry into the world of music-making. It symbolises closing a chapter on the artist’s previous musical career as one half of a project with her brother where their creative instincts were shut down by the pressures of a major label record deal. This means, however, that Pearson has been sitting on many of the songs on Return for a number of years allowing them a rebirth alongside herself as an artist. Now, signed with Heavenly Records, she is flourishing and basking in the creative control, which shines through both her songs and the visuals that accompany them.

A highpoint of the album is latest single “Something Real”, where the twinkling instrumentation builds slowly throughout accompanying lovelorn lyricism such as “But you gotta get it wrong / find out where do you belong.” There is dreamy warmth to her voice, familiar and full of romanticism, with moments of warbling where I can’t help but think of Kate Bush. “It’s very personal and is really about wanting independence in life after messy situations.” explains Pearson when discussing pop belter “Fix Me Up”. This sentiment feels fitting to the album as a whole, and truly encourages listeners to trust themselves, and to just let go a little bit.