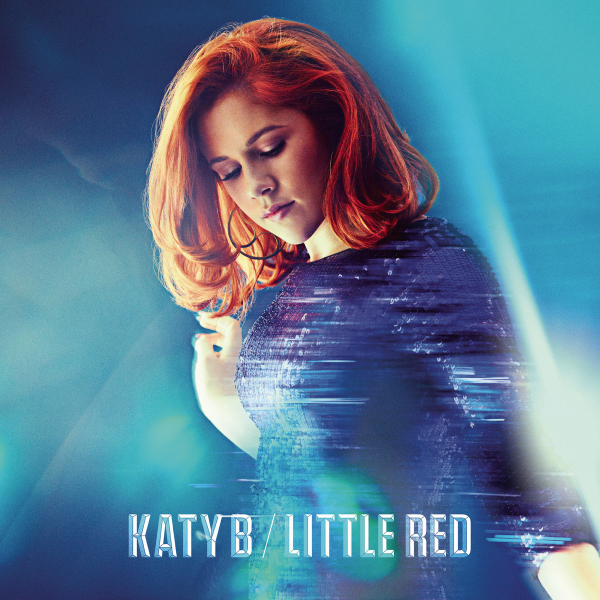 An immediacy and fluidity lie deep within the DNA of Katy B’s Little Red, the follow up to 2011′s On A Mission. Across a clutch of edgy and brilliantly radio-friendly cuts that raise the bar for UK pop, the record succinctly captures the essence, talent and appeal of the 24-year old South London-born Kathleen Brien.

Her debut was a fun but messy take on dance-floor politics – the thrill, danger and joy that litter the living-for-the-weekend lifestyle – and it came authenticated by her savvy club credibility and academic empathy (BRIT School/Goldsmiths). Little Red picks things up with a thematic gravitas appropriate to the early twenties experience as well as moving the sound of Brien’s dance/pop hybrid forward. Rinse FM founder Geeneus retains his role as co-writer alongside Brien and gets a bigger part in the record’s production too this time around.

Three years is a long time between records and Little Red‘s only real precursors – 2012′s Danger EP and non-album single “Katy B – What Love Is Made Of">What Love Is Made Of” – were canny portents for the album. The cool, classy Jessie Ware dueting “Aliyah” survives from that period and excels as one of the record’s foundation stones, sitting dead centre in Little Red’s stunning first half. “Next Thing” opens the record with a smooth transition from the Katy B of 2011, moving the the swaggering big-hearted club queen onto the, er, next thing. And that thing finds its feet with lead single “5AM“, the high energy rumbling dancefloor cut from from back in September that sees her redouble the lyrical bent of On A Mission‘s “Easy PleaseMe” (“No boy is on the level, believe me/These days, can’t find a man to please me”) with maturer musings (“Won’t let history repeat in parallel lines/A sucker for those pretty faces…I wish I had a pure embrace/To keep me warm until the sunrise”).

“Crying For No Reason” is Brien’s “I Will Survive” moment, cut with finer lyrical truisms. It’s a song that could easily have found life as a toothless piano ballad in any other hands and puts her in the recognisable trajectory of a proper pop star. “Forgive me now cos I said that I’d be there for you/Take care of you,” she recounts, invoking the inexplicable self-pity that comes from being the guilty party rather than the wronged. She’s come a long way from being “the Hermione Granger of UK funky”, as The Guardian dubbed her back in early 2011.

There’s a shift in mood after thumping mid-point “I Like You”, with the pace slowing down and losing a micro-fraction of the record’s overall punch. Sampha duet “Play” shows Brien’s voice really does benefit when matched up against another. It’s also in evidence on her track with Ware: both songs allow Brien the chance to showcase the potential of her vocal. On the playful “Blue Eyes”, she sings “I like it rugged/You like slick…I like it ghetto/You like bouji”, recasting the age old dynamic of Gershwin‘s “Let’s Call The Whole Thing Off” against a glitch- dub backdrop.

Sure, there is some of the same charming-but-clumsy lyrical naivety she established during On A Mission (“I Like You” gives us the rudimentary “I like you a little bit/more than I should” as the central refrain) but the framework of hybrid pop is a tricky one to service lyrical complexity of any great magnitude. But it works just fine as a feature of Little Red’s confessional accessibility and the endearing no-bullshit intelligence central to the Katy B we’ve come to know these last years.

Even on the album’s closing track – perhaps its least accomplished and most perfunctory pop moment – one never feels undersold or cheated. “Still” might have worked better with an earlier placing on the record but it doesn’t weaken the overall pull in any damaging way. Brien and Geeneus have turned in a finessed and involving convergence between dance and pop that mixes timeless songwriting with an energized and gutsy production.