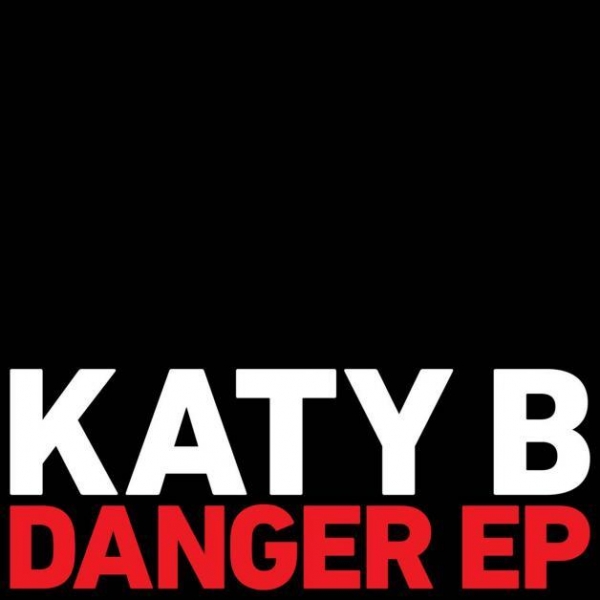 Katy B has never been one to stick to type. A Rinse FM and BRIT school graduate, she has a proper degree in Popular Music from Goldsmiths. And when she’s not collaborating with the likes of Benga and Skream, she finds the time to guest on Mark Ronson remixes of fizzy drink corporation jingles. Her 2011 debut On A Mission won over broadsheet critics, peaked at no.2 in the charts and asserted itself as a prominent example of London’s vaguely-titled and loosely curated Bass scene; a genre originating somewhere south of the river that takes in UK funky, garage, R’n’B, dubstep and grime, whose omniscience in the charts makes it pretty much just pop music by this point. Which means that – if you wanted to describe her concisely – you could say Katy B is a pop star. Sort of.

Apart from that aforementioned Ronson collaboration, Danger is the first we’ve heard of Katy B in 2012. And despite its …& Friends set-up – neo-Sadeian Jessie Ware and beat colonialist Diplo feature – and the leeway given by the EP form, it’s mostly what we’ve come to expect: a brash, unfussy poptimism coupled with a fascination with the minutiae of relationships and the dancefloor as a site of heightened emotions. Opener ‘Aaliyah’ is both a suitably funereal tribute to the passed R’n’B cornerstone’s passive magnetism, and a Dolly Parton referencing study of a Joylene-type rival poised to steal away our protagonist’s man (a DJ, obviously). ‘Light as a Feather’ implores a lover to give in to the music and “for once go wild”. The closing title track offers a downtempo torch song with a rumbling bottom end and twinkling keys, with a central hook that compares a collapsing relationship to an extinguished joint and Katy B giving a nod to Musical Youth (“yeah, you passed my love to the left-hand side”) on the bridge.

But most exciting on the EP is ‘Just Got Paid’, an oversized off-kilter banger that shakes off the concerns expressed elsewhere and gives a decent idea of what ‘Ignition Remix’ might sound like if R Kelly grew up in austerity Britain and partied somewhere north of Old Street Roundabout. Switching champagne room excess for the determined feel-good vibes found on a post-breakup night out (“No looking back/To the future, I raise a glass”), it’s a frantic, lurching sketch of a night punctuated with excited squeals of recognition (“Oh my gosh!”) rather than Cristal-popping; a night that starts with pre-drink cocktails in the kitchen and ends with an early morning stumble through East London frowning at missed calls from unrecognised numbers. Wiley’s verse is good, but it’s the fine details scattered throughout that make it great: the smoke alarm jingle, the polyphonic level-up text message chime scattered throughout, the flashes of proudly-worn accessories (‘‘New acrylics, gold studs with the red fade, diva lipstick, liquid liner…”); and the way the journey to the club is rendered in the leap between the half-poetic “Feels so free, feels so free” found in the cab on the way there and the rowdy pre-shot chant of “Down on three, down on three”.

In contrast, the aforementioned ‘Light as a Feather’ stands out as a track unbothered with that kind of worked-on detail. As mentioned before, its dancefloor = life / music = love metaphor, set over a smooth, dissipating Balearic blear, is familiar territory. But an ill-fitting aggro-screwball break thrown on in typically rowdy fashion by Diplo blowing any subtlety and tentativeness suggested in the verses, and a phoned-in, loudmouth verse from Iggy Azalea makes its stadium-size bigness feel like a bad fit for Katy B’s persona.

As the only song not conspicuously Katy B, it’s easy to speculate that ‘Light as a Feather’ might be where she’s headed. Whether the anticipated second album will see a move out from the shadow of the capital, away from the confines of the club and melancholic night-bus comedowns is hard to predict. As tempting as it is to read too much into between-album EPs, Danger keeps its cards close to its chest. But to get to where she is now the Peckham artist has bridged enough awkward divides in becoming the pop star she is for optimism about that next record to win out – bro-ey EDM or otherwise. Until 2013, Danger is a welcome reminder of what she can do.