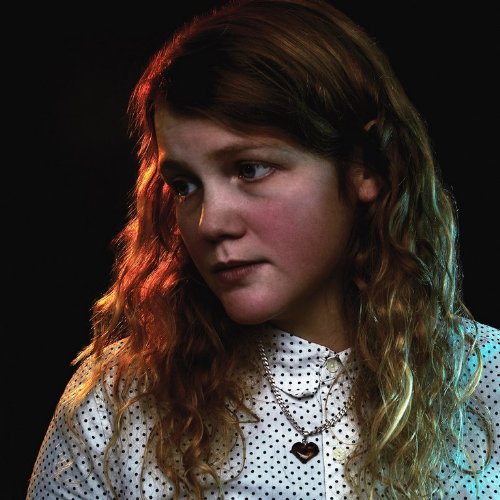 “Will pop ever become political again?” screams The Guardian in just the latest of a long line of articles lamenting the dearth of 21st-century protest music, of pop-cultural responses to a point in time that’s seething with issues, from widening inequality to resurgent fundamentalism, extraterritorial land-grabs to the breakdown of democracy. And sure, a cursory glance through the Top 40, through the iTunes chart or Spotify’s most-played attests to a pretty dismal lack of social awareness, with the thematic field pretty much ranging from heavy-breathing sex-offender lustiness to dopey, saccharine idealisms of love, with Pharrell Williams’ moronic optimism somewhere in the middle.

Pharrell. Jesus. Watching “Happy” is like staring into a Huxleyan vision of totalitarian control, of ceaseless smiling faces anaesthetising us to any ills: “Can’t nothing bring me down” he repeats, over and over, and suddenly Huxley’s fears of a society reduced to passivity and egoism seem horribly, horribly realised. “But I listen to music to escape,” says a friend, and that’s cool - but maybe it should be something to help us to engage a little more as well.

Enter Kate Tempest, prize-winning poet and playwright and rapper with the band Sound of Rum and here releasing her first solo album, 48 minutes of protest songs that aim at something of a State of The Union address for all those feeling a mite left behind in Cameron’s glorious Global Race. The failing meritocracy, of youthful optimism extinguished amidst dead-end jobs and student debt, of drugs and violence and relationships going sour: heavy themes abound throughout, and this isn’t an easy listen, despite the wry humour of the visual references and the slick use of samples.

“I want to talk to the people who don’t want to listen,” said Tempest in 2012, and there’s much that’s confrontational about Everybody Down, a lot of anger and righteous rage. But like Mike Skinner and Scroobius Pip before her, Tempest is an acute cultural observer, her images of modern urban life deftly constructing an impressive tableaux of environments and events, her situations recognisable and her commentary often hard-hitting - it’s a preachy album, sure, but we’re never being talked down to.

As with a fair amount of hip-hop before it, Everybody Down takes the format of the ‘story rhyme’, its twelve tracks forging a chronological narrative across a group of characters in familiar settings, from Miriam who worries about her sons to Harry who resents the guy who’s replaced his dad. They’re good stories, vibrant and well-told if not quite the Dickens that the press release proclaims, but narrative albums are tricky, torn between gripping our minds or compelling our limbs to movement: when the beat kicks in during “Chicken”’s tale of familial discord it seems inappropriate to respond. But a bigger problem is the dialogue: the plot demands the banality of everyday speech but awkward dinner-table chatter -

- should never, ever make it into song. We’ve suffered enough from The Streets.

As for what it sounds like, well - this is Tempest’s album, and beyond some nicely incongruous nods to the saxophone solo from “Baker Street”, there’s not a whole lot to make the production stand out: primarily comprised of Generic Moody Electro (with some tense guitar for texture) the backing tracks are serviceable if not particularly memorable, and too clearly just beds for Tempest’s words. New single “The Beigeness” has a great beat, whilst “Circles” winds a tight bass drive around one of Tempest’s more impassioned deliveries, but overall as music goes this is pretty anonymous - danceable, definitely, but there’s a good argument that that’s not really what this is for.

Indeed, what is this for? The narrative format doesn’t particularly welcome repeat listening and the raps sometimes get a little lost amidst the volume, and an album like this was never going to be much fun: at points it’s hard not to concede that maybe this would be better on the page than on the stereo. And sure enough, there’s a novel coming from Bloomsbury that expands the album further, fleshing out its characters in chapters devoted to each track.

But then a book probably isn’t going to reach the people that Tempest wants to reach anyway, those people who don’t want to listen - but they’re not likely to listen to this either. Those who are will likely be onside with her already, making Everybody Down less of a vehicle for fomenting change than a motivational aid, a tool for reinforcement rather than inspiration. Which is a shame, because there’s a definite space for smart, conscious social-commentary within music, for anything that challenges the status quo and encourages us to think - but to achieve that it needs to be something that we want to put on, again and again, and this just isn’t. Tempest is an epic talent, definitely, but this doesn’t quite nail it down.