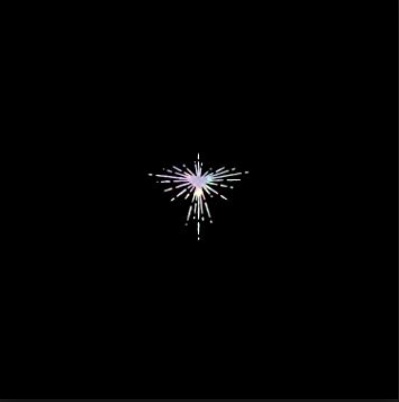 “Lux prima” is Latin for “first light,” and as a title it’s a nearly perfect fit for the debut effort from Karen O and Danger Mouse.

The press release for Lux Prima declares that, “The pair co-wrote all of the songs, working with no boundaries or rules”. Danger Mouse is coming off of a string of victories over the course of the decade as both producer and (co-)songwriter. Karen O, however, is coming off of back-to-back albums that felt stilted and awkward (Yeah Yeah Yeah’s Mosquito) and inessential (her solo record, Crush Songs), neither of which played to O’s strengths. By contrast, Lux feels refreshing in the freedom and desire to explore new territory, resulting in a win for both.

The album largely oscillates between two modes: mixtape adventurism and mashup experimentalism. Bookend songs “Lux Prima” and “Nox Lumina” are the latter, and are of a pair: they’re the two longest songs on the record and they imagine the result of something like stitching together the groove of Massive Attack’s “Protection” and the spaciness of Pink Floyd’s “Shine On You Crazy Diamond”. And the duo pulls it off via lush production and brilliant melodies. Similarly, “Reveries” morphs from bedroom demo guitar picking to haunting art-pop craft as it progresses, its steady and confident build selling the endeavor.

As for the former mode, take the bluesy stomper “Woman” or the disco-infused “Turn the Light” as examples, both of which are (mostly) played straight. They shouldn't work, either on their own or within the context of an album in the typical sense, but they do because of the ‘no boundaries’ mentality throughout. This is to say nothing of the superbly layered, headphone-preferring production and some strong hooks, of course.

As for the lyrics, they compliment and encapsulate the music by suggesting a letting-go-of-boundaries kind of independence of their own. After declaring that “We’re the life inside a flame” on the bubble bath lovely “Drown”, O asks to be allowed to drown as a release. The title track seems to discuss a freedom in anonymity in the refrain: “I’m nowhere, I’m no one, I’m nobody/ There’s nobody but you”. “Turn the Light” sees O find freedom in darkness, whether that’s literal or figurative: “I go out at night into the dark/ I go out at night and leave my head on the bed”. And on “Redeemer” she sees freedom as transformative by shedding one’s makeup and tail.

Yet it’s a promotional photo of the duo that might make for the most effective summation of Lux Prima. In it, Karen O and Danger Mouse are in a corner, at the edge of a pool. Karen O stands and is wearing a bold dress that changes color depending on the light, while Danger Mouse sits next to her wearing a traditional suit and tie. It’s the juxtaposition of shimmering and subtle, of everything and nothing. It’s the idea that not only do opposites attract, if paired correctly they can become something great.