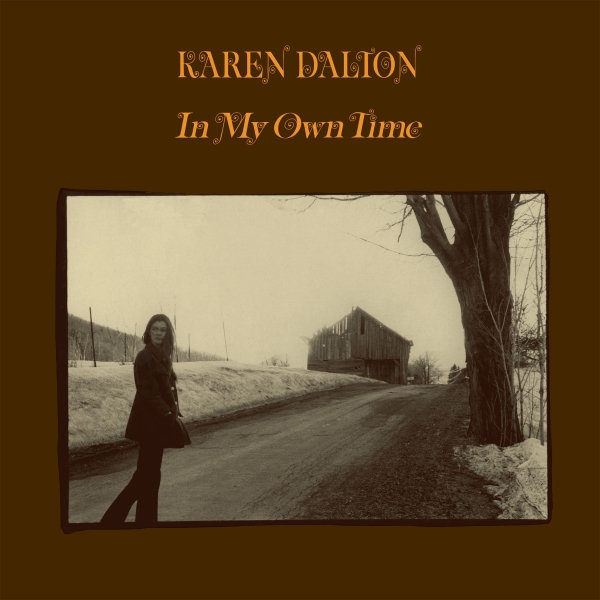 A singer equipped with a truly one-off voice (imagine an Appalachian Billie Holiday, or a Janis Joplin stripped of all bravado) who recorded little, was heard by very few in her own time, and met a tragically premature end in 1993, only for her slim output to grow in stature with each passing year, aided by profile-boosting ventures like last year’s acclaimed documentary Karen Dalton: In My Own Time. Oklahoma-born Karen Dalton’s story is the stuff myths are made of.

In this context, it can be hard to separate the music from the legend, which tends to make everything it touches glow that extra bit brighter. The myth recounts Dalton only ever being coaxed into a recording studio against her will. Whereas mesmerising 1969 debut It's So Hard to Tell Who's Going to Love You Best retained the threadbare spontaneity of Dalton's early '60s New York folk club roots (where Dalton shared stages with the likes of Bob Dylan, Fred Neil and Tim Hardin), 1971’s In My Own Time – reissued by the reliably excellent Light In The Attic with a host of previously unreleased live recordings on the deluxe edition - is a relatively slick, robust slice of bluesy country-funk: this is clearly the product of a determined effort from all concerned, intended for the widest possible audience.

Even when the arrangements get busy, nothing can distract from the hypnotic pull of Dalton’s voice. Sounding like an unfathomably sad, crackling 78rpm record or a sepia-tinged photograph of an ancient tragedy brought to life, and graced with an innate ability to inhabit a song so fully it makes the fact that Dalton didn't get around to recording her own material (some of which was reimagined by a cast of fans on 2015’s Remembering Mountains) irrelevant, In My Own Time elevates good songs (like Dino Valenti’s “Something on Your Mind”) into masterpieces. Dalton blocks out everything but the impending heartbreak at the core “When A Man Loves a Woman”, rendering a worn-out tune entirely fresh, while banjo-driven traditional folk lament “Katie Cruel” sounds raw enough to be pure autobiography. Next to the trouble and hard times (which reflect the later stages of Dalton’s life), the closing “Are You Leaving for the Country" offers a blissful, near-horizontal paean to the call of a simpler life, with such a thoroughly lived-in performance by Dalton you can almost catch the countryside smells.

"Save me", Dalton pleads during a majestic take on “In A Station”, which locates the inconsolable loneliness at the heart of The Band’s oblique balladry. Although not perfect (some of the tunes are maybe not worthy of Dalton’s interpretative genius), In My Own Time proves how lucky we are that her slim output was eventually rescued from oblivion.