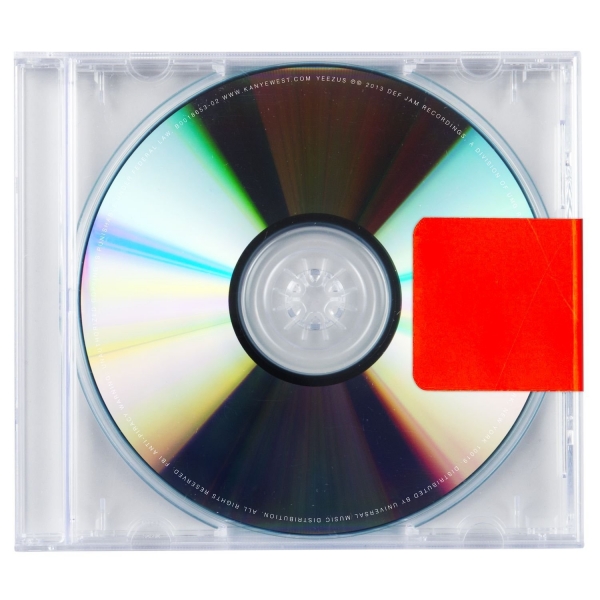 Throughout his career, Kanye West has proven himself to be perpetually paradoxical. True to form, Yeezus is one of the most brilliant and vulgar albums of recent times, as its ten tracks perfectly sum up the baffling dualities of the man.

On 18 May, Kanye performed two new songs on Saturday Night Live, two tunes which stopped the internet dead in its tracks. ’Black Skinheads’ and ‘New Slaves’ showcased a leaner, more aggressive and militant side to West’s music; the caustic beats and stark minimalism of the melodies offered a perfect canvas for him to make a big statement. The lyrical content seemed to match as well, most notably his widely de-constructed calling out of the privatised prison system, and in recent interviews he has spoken of starting movements and placed himself in the tradition of politically motivated artists like Gil Scott-Heron. It seemed he was tapping into something big, and like many others, I was ready to be blown away by the brazen, primal voice of disenfranchised black America (as we all know, he has previous). This should be where it all falls into place. The potential has always been there – his dissatisfaction with materialism, disavowal of hip-hop’s culture of violence, and wry observations of institutionalised racism have long been tomes of his verses. Sadly, this is not quite that record. Despite being an impressively abrasive album for a multi-million selling rap artist, it also feeds back into many of the frustratingly puerile aspects of the genre which he has always seemed keen to distance himself from. Almost too much so, but I’ll get to that.

The big talking point for most people is the blunt stylistic shift from his previous material. Sonically speaking it is very loud, abrasive and confrontational, but it’s important to keep that in perspective of the record’s stature. If this had been released by a band on a label like Anticon or TriAngle, I’m not sure anyone would be talking it up as ground-breaking music. It’s not, really. Sure, it makes good use of its many influences but his combination of throbbing industrialism, minimal Chicagoan acid-house and political fury is not completely fresh ground, frequently calling to mind Saul Williams’ Niggy Tardust album for one. That said, it is highly addictive and energising stuff, the screeching keyboards and skittering beats frequently clash against oddly placed samples, and the whole thing flirts with an exciting kind of atonality. It’s visceral and angry and begs to be blasted at ungodly volume.

The assault of pure unchecked testosterone makes for a jarring opener in ‘On Sight’, where after the initial shock fades we’re left with a thumping industrial synth looping over purposeful verses (“a monster about to come alive again”) before an abrupt drop into a lifted choral sample sums up his aims – “He’ll give us what we need/It may not be what we want”. It’s made to seem a fairly meek opener as the wide-eyed tribal menace of ‘Black Skinheads’ bears down quickly. Though you’ve all heard it, notable here though is how the disembodied vocals echoing around the beginning act as a brilliantly subtle pre-cursor, along with his less subtle chants of “God”, for what’s to come from one of the stand-out tracks and genuinely rousing, establishment fucking moments in ‘I Am A God’. As if it’s title wasn’t provocative enough, the track breaking down to nothing but blood curdling screams isolated in stark silence and heartbeats are a true indication that he doesn’t really care any more – it’s spine chilling, and pushes hip-hop in a brave primal direction. What it lacks in bold messages to go with that is more than compensated by ‘New Slaves’, which is loaded with some of the album’s most brilliant socially-conscious lines, and now comes complete with a wonderful chipmunk soul outro from Frank Ocean.