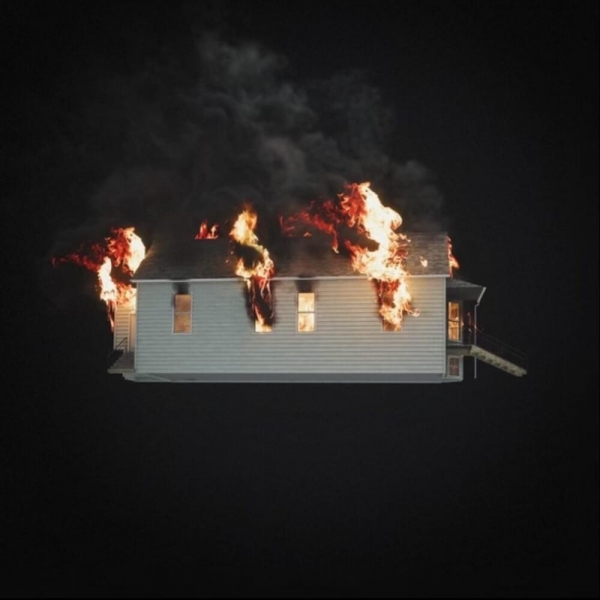 At this point in time, culture has never been more fraught with opinion and narcissism. Which may be why Ye – the artist formally known as Kanye West – won’t stay away. Much like a broken arcade Whack-a-Mole he keeps on popping up, this time it’s releasing his second album in as many years.

Ye’s journey, up until this point, is currently being aired on Netflix in the Jeen-Yuhs documentary, but the short-hand version is one of a shooting star – an arc of grace/disgrace, vulnerability/impenetrability. His career undoubtedly climaxing with the gargantuan and luxurious My Beautiful Dark Twisted Fantasy, and the pressure-point exploration of Yeezus, ever since it’s been a breadcrumb trail avoiding the way home.

Donda was to be a project that brought Ye from the darkness, while paying homage to his late mother. It found this balance but still failed to really provoke anything further, bar elaborating how far an artist can take the idea of a listening party, which on this cycle, feels less impactful and more unnecessarily media-circus-inducing – particularly with the inclusion of disgraced rocker Marilyn Manson once more.

The most striking moment of Donda 2 (or at least the V2.22.22 Miami version) is the Future featuring “Happy”, where Ye pleads “Do I look happy to you?”. Opting to focus on turning the lens upon himself, and questioning our motives as we watch his world explode quicker than a Death Star attack all over Instagram (a marked change from his previous Twitter tirades), these moments of vulnerability parry with the frankly scary attitude he’s approaching divorce in his mid-forties. Particularly when the Open Mike Eagle's of the world can be barefaced and brutal while offering a muted charm (see; 2020's Anime, Trauma and Divorce).

From Ye, we saw this level of emotional congress on 2008's 808s & Heartbreak after the death of his mother, so it’s nothing particularly revelatory. As expected, lamenting the loss of Kim Kardashian and his daughters (“True Love”), threatening Pete Davidson (“Security”), and friendship (“We Did It”), all tangle up in some strange offering of Ye’s mind. Repetition is seemingly how he wants to get his point across, which pretty much sums up his attitude to life; if you shout loud enough and long enough, you’ll win, right?

All this inevitably winds up undermining the production which does hold a merit. On Jeen-Yuhs we see Kanye West reckoning with his own production legacy – time after time being passed up since he’s not seen as a rapper (something he’s long gone on to disprove). In the present day, in-between running around drawing as much spotlight and chagrin as possible, there is the twinkle of an artist still at home.

Ultimately though, Donda 2 is a complex of lacklustre ambling beats twinned with sluggish energy, only occasionally piquing (“We Did It”, “Too Easy”, "Pablo"). In fact, rarely does Ye find any stride. It is certifiably a heartbreak album, but the kind of heartbreak that ends up with you dwelling in this beat-filled mire, while using a clip of your ex praising you on SNL (“Sci-Fi”), and later on sampling Talking Heads hauntingly chanting “burning down the house” (“Keep It Burning”).

The best thing Ye’s put his name to is Pusha T’s 2018 Daytona, a trim and prim production blast that bottled the magic we’d become accustomed too. It’s this focus that’s lacking on both Donda and Donda 2. Even with the beyond-questionable features – with some artists holding accusations of domestic abuse, including XXXTentacion – artistry should challenge, and it should provoke, but at least to an end. Which is what Donda 2 inevitably winds up missing, and finds the road home for Ye getting longer.