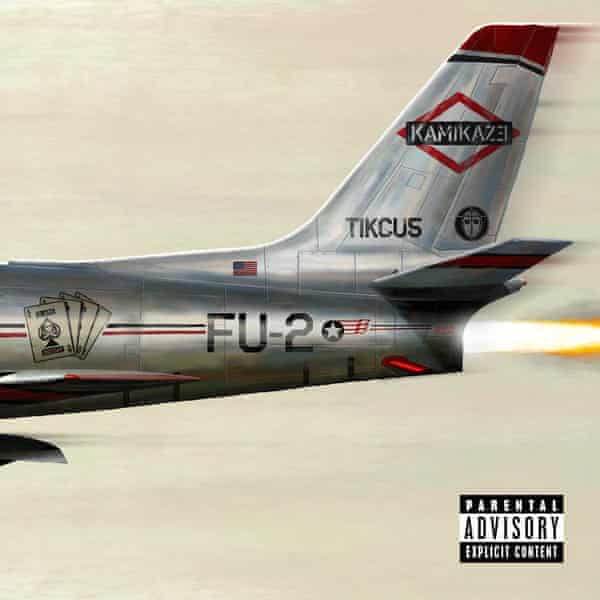 Just a few weeks after the release of 2017’s Revival, Eminem released the remix of album track “Chloraseptic”, which contained a ferocious new verse seeking to dispel the notion that his previous project was the final nail in a decaying legacy. While the remix was an undoubted improvement on the uninspired record it came from, it only served to beg the question, why didn’t he sound like this on the entire album?

Surprise project Kamikaze begins in the same vein as the "Chloraseptic" remix, an aggressive and captivating rebuttal to those who had written Eminem off as way past his best. The opening three tracks of Kamikaze are relentless, picking off his opponents and re-asserting his position as one of the most technically gifted rappers ever.

The Detroit MC is clearly out to prove a point with this album; the only problem is it isn't exactly clear what his point is. He attacks and derides his detractors whilst doing exactly what they have been asking him to do. Most critics highlighted that the production on Revival was out-dated, Eminem had lost the passion in his writing and there were too many poorly executed pop collaborations.

Many of these issues are addressed here, with the track "Fall" perhaps best demonstrating this progression. The production is modern, Eminem sounds revitalised and the Justin Vernon chorus is excellently restrained. There are a couple of duds on this project, notably the pretty irritating "Normal" and also the title track, which is like a duller spiritual sequel to MMLP2 single "Bezerk".

Kamikaze is the sound of Eminem with his back against the wall, and this has led to some of his most invigorated writing in years - albeit with some troubling lyrical results. Whether he'll be able to maintain this level of energy into his next project is up for debate; for now though, any inspiration is promising.