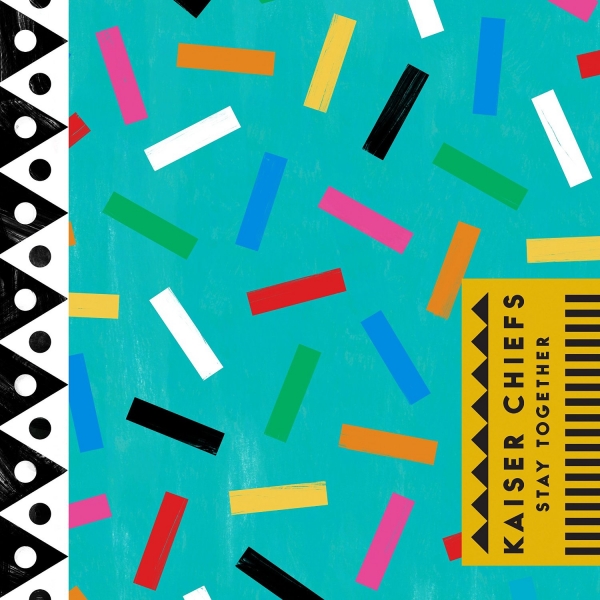 More than a decade into their highly successful run, Kaiser Chiefs are now firmly in pivot mode. Their latest, Stay Together, features some catchy hooks and soaring moments, but it’s also the least they’ve ever sounded like an actual band.

Working with veteran pop producer Brian Higgins, who steered acts like Girls Aloud and The Wanted on a path to chart domination, the Leeds cohort is clearly trying to distance themselves from the frenetic, freewheeling Britpop they’ve honed over their previous five LPs (“You don’t want to just be dinosaurs with guitars”, bassist Simon Rix told NME about the new record).

On Stay Together, that decision manifests itself in sequenced electronic drums, minimal fretwork, and a general shift towards radio-ready, uptempo fare. Coldplay made a similar decision on last year’s A Head Full of Dreams, and the album’s reception was highly mixed.

That’s admirable in some ways, but it also doesn’t play to the strengths of the band, and too much of Stay Together sounds like it could be an ill-conceived Ricky Wilson solo record. The mainstream music landscape has shifted since 2007, when “Ruby” could be a No. 1 smash, but Kaiser Chiefs know how to write great pop songs without stripping away so much of what their core identity.

The tedious “Happen in a Heartbeat” sounds like a lazy DJ edit of a real Kaiser Chiefs song, while single “Parachute” buries a sweet sentiment under an instrumental that seems better suited for a tablet commercial.

Unsurprisingly, the best moments of Stay Together come when the band sounds the most like their old selves. “Good Clean Fun” is lurid, campy fun with bouncy drums and springy chords, as well as a vintage vocal performance from Wilson. Rix and guitarist Andrew White have a blast on the twangy closer “Sunday Morning”.

Maybe Stay Together is simply a minor misstep and Kaiser Chiefs will emerge a fully formed electro pop behemoth on their next LP, but it seems like perhaps the band should go back to their rowdy, everyman brand of rock ‘n roll. After all, being a dinosaur with a guitar does sound pretty cool.