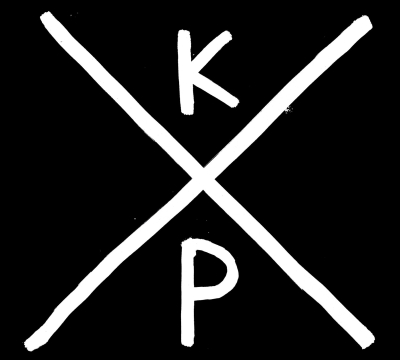 Finland. A place I associate with snow, moose and reindeer curry. And little light. Not a place I’d associate with producing a grungy and guttural throbbing album by a band called K-X-P. Unimaginatively entitled 1, the main duo consist of Timo Kaukolampi (electronics, vocals) and Tuomo Puranen (bass and keyboards) with rotating (not literally, well, maybe) drummers Anssi Nykänen and Tomi Leppanen. Timo is better known as the main producer and co-writer of Sweden’s pop princess Annie. How on earth all this filters into 1 is anyone’s guess – it’s a messy, jazz and Krautrock influenced epic.

Passing through the record, the first act K-X-P reminded me of were the great, and sadly now lost, Add N To X. There’s that same dirty, sexy vibe going on that fingered through their records. There’s an alien, robotic menace to tracks like ‘Mehu Moments’ that could soundtrack a forgotten episode of the classic Lost In Space. The fact that most of the tracks on this 8 track debut are instrumental give it the feel of a soundtrack. Those dark, cold nights in Finland must get you down, and this is the sound of what lost souls get up to in perpetual darkness. As perhaps indicated by the title of ’18 Hours (Of Love)’ that replaces the Krautrock influences for something a little more playful with its charged chords, rhythmic prowess and coital cries. The fact that there’s vocals on this doesn’t really add anything as you can’t make out what they are. It doesn’t matter, you know it’s dirty.

The rest of the album continues to play between the light and the dark. ‘Labirynth’ brings scooting synths to the mix, skittishly playing over the bouncing rhythms whereas ‘Albal Dub’ comes across as a radio feed from the future. The deep keyboard tunes thump over the alarm calls of the intro, making me think of images from Orwell’s 1984 – dark clad armies marching in unison through grey streets. ‘Pocket’s though comes across as Black Rebel Motorcycle Club if they’d listened to more Can than MBV, the chugging riffs hinge the more spectral synths and beats.

My only real problem with this record is that this reciepe of influences feels just a little too tight. At times I expect them to explore some more prog and psychedelic areas, but K-X-P seem to be keen, as their Jazz roots betray them, of exploring the more repetitive and monotonous elements of their influences. But that’s OK. This is number 1. The question is, what can we expect from number 2?