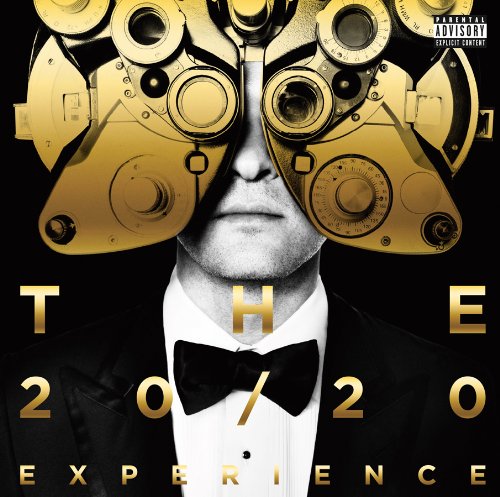 Earlier this year, Justin Timberlake and long-time collaborator Timbaland released one of the best pop albums in years. It was clever and inventive without sacrificing heart or accessibility. It took the concept of throwaway pop gems and made them feel so important that you couldn’t throw them away, the songs complex and detailed yet still so honest and natural. And the reason it felt so natural is because it was. The pairing recorded 20 songs in 20 days (hence the “experience”) before going back and recording 10 more. And with combination of outtakes from the first session, and the best of the new songs, they present to us The 20/20 Experience – 2 of 2.

We begin right where we left off, ‘Gimme What I Don’t Know (I Want)’ opening the album with the signature Timbaland shuffle, big snares, distorted shakers, clicks and clacks and a classic Timberlake chorus. It’s a good summation of the album, and the overall Experience; through headphones the songs become masterpieces. Each element is purposeful, enhancing everything around it.

Then, just when you thought vampires banging each other had all of its sexiness drained by Twilight, JT brings it back (as he does) with ‘True Blood’. It’s a near-10 minute groove, backed by spooky synths and a sinister laugh for a chorus. It’s a fascinating piece of music, despite it all getting rather Thriller once it breaks down.

The momentum is pretty much maintained until the album highlight – the Jay-Z guested ‘Murder’. Interestingly, Jay’s street cred has dipped dramatically since the release of his last JT collaboration, but this will help him pick it back up. It’s no coincidence that the best songs on each of the Experience records feature the Timberlake-Timbaland-Jay-Z team. It just works. Hov’s verse blends beautifully with the r&b beat; the brass flourishes compliment JT’s unusual but inherently catchy melody.

Unfortunately, the second half of the album sags. The tone of sexy-smart-pop-music-with-a-difference just becomes regular old pop music. ‘Drink You Away’ is a guitar-led ballad on which Timbaland does his best to add enough rhythmic distractions to regain momentum, but it’s too late. The final five songs, plus the hidden track, sound more like ‘N Sync than the new Justin Timberlake and it’s hard not to be disappointed. It’s not that these songs are bad, not at all. They just feel so tame having to follow an hour and fifty minutes of music with such emotional depth and rhythmic density.

So, while it feels easy to treat this release like a movie sequel, the fact is that it’s not. This album doesn’t have to further a story, nor does it have to alter the development of already beloved characters. This is 2 of 2, not Part II. Is the second better than the first? No. But does it have to be? This doesn’t un-release the first record. If the first was not for you, an extra 74 minutes is not going to change your mind. Though if it was, what’s not to love about more of it?

Even with its mis-steps at the end, when taken as a complete “Experience“, one thing is for sure: Justin Timberlake has made one of the grandest, most bold albums that mainstream music has seen for a long, long time. He’s shown that there is a place in pop music for songs that don’t bombard you and that you don’t have to shout loudest to be heard; there is a place for subtlety. And, while the second release may not live up to the first, it’s hard not to hope for a third.