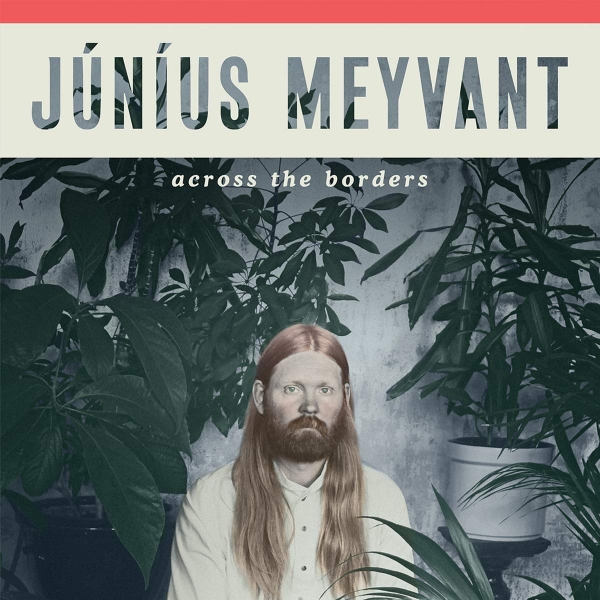 Unnar Gisli, also known as Júníus Meyvant, hails from Vestmannaeyjar - a small archipelago also known as the Westman isles - on the southernmost edge of Iceland.

It is a place that, during the summer months, migrating puffins outnumber people 1600 to 1. And yet - Meyvant’s music is not that of an outcast with nothing but a guitar and tonnes of birds - at least not anymore. His second album could have just as likely been made in LA as the extremities of Iceland. It is full of luscious pop, romantic melodies and superb arrangements. What happened to the savage mysticism of the bitter north?

Despite my geographic stereotyping, Across the Borders is not an album out of Meyvant's leftfield - his 2016 debut Floating Harmonies traversed multi-instrumental pop through to beautiful acoustic sadness. The key change is, two-and-a-bit years later, there is definitely less sadness. It's a more upbeat album, with even the sad songs having an energy stemming from their instrumental richness - rarely is there a track without the full works of strings, horns, and lashings of flare. No bad thing.

But for its lusciousness, Across the Borders is not a happy-clappy pop record. Whilst melodies and arrangements vary from upbeat soul to softer, folk-ier moments, the one constant on Across the Borders is Meyvant's vocal. It's got an edge to it which cuts through the brightest of melodies. If someone like Curtis Mayfield uses falsetto to sweeten his tracks, Meyvant has a slight roughness to his vocal that makes happy songs hurt and sad songs hurt more. This edge stops any track becoming too sickly sweet.

That being said, the strongest moments of Across the Borders are often the sunniest. Opener "Lay Your Head" is a slow-builder that immediately signals the string section's importance to this whole album. Indeed, Meyvant's entire album stands out partly down to its brilliant arrangements. Rhythm, strings, horns are all in perfect balance for the whole album and it makes repeat listens a pleasure, knowing you'll catch a fill you didn't spot the first time at some point during a track - whether it be a backing vocal, a flurry of horns, or a run on the bass. I'd take a Meyvant & band cover album any day of the week.

The only thing that this sophomore misses is some of the most delicate moments of his debut. Anyone seeking follow-ups to tracks such as "Signals" or "Pearl in Sandbox", are unlikely to find them on Across the Borders. There is a lot less acoustic guitar in this album, which could have provided a nice intermission from the soulful full band sound. As it stands, sometimes you can get lost in an album such as this, with a lot of tracks that have few textural differences. But when that similarity happens to be top tier soul-pop, it's hard to complain. Meyvant is leaving Vestmannaeyjar and its 8 million puffins behind, and embracing warmer, more soulful climbs. And it's working for him.