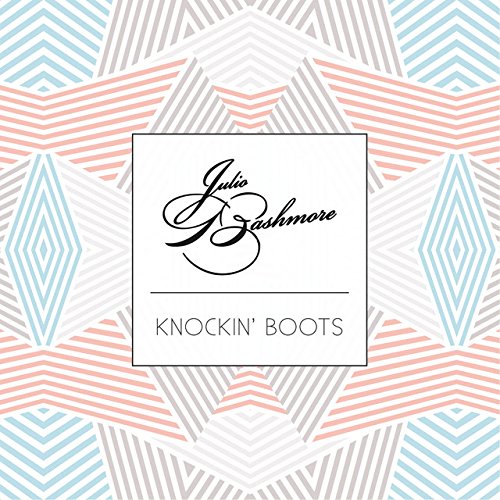 Title tracks are so often the sprawling opus that distils an album and its themes into a handful of minutes. Knockin’ Boots’ title track is unfortunately representative of the worst parts of the album, introducing it with a tame four to the floor beat which carries above it a lifeless vocal ironically proclaiming that “we dance, dance, danced”, as if these two elements were engaged in some strange funeral procession of modern dance music clichés.

For a guy who made a name for himself with a sound which seemed indelibly imprinted with his own louche groove, there are a surprising amount of these anonymous moments on Knockin’ Boots. "She Ain’t" is at least brasher, tied down by Bashmore’s totemic thump, but the constant refrain of "you better work, bitch" is delivered with a nonchalance, arrogance even, that makes it as cloying and irritating as it is meaningless. Nevertheless, it's outdone in the vapid vocal stakes by "What's Mine is Mine", which sees a toiling beat circle around a vocal that insists that "what's mine is mine, and what's his, is mine". All would be forgiven if it at least thudded with some purpose, but its galloping bass sounds uncharacteristically forced, completely at odds with Bashmore's trademark languid sense of rhythm.

The flip-side of this is an equal amount of moments which are as vivid and undeniable as Bashmore’s old stuff. Let’s not forget that this is the guy who gave us what must be one of the last five years’ most important tracks, "Battle For Middle You", as well as one of its most anthemic, "Au Seve". The magic hasn’t expired: lead single "Holding On" is saturated with Sam Dew’s soulful vocal and Bashmore’s euphoric thump, making it either a hugely danceable pop track or an extremely accessible hit of retro-hued house. Julio doesn’t attempt to choose which, and when the results are so propulsive and magnetic he really doesn’t need to.

The tail end of the record also houses the knockout trio of "Umuntu", "Simple Love" and "Kong". The first of these swaggers in under Okmalumkoolkat’s rhythmic flow, Julio providing the perfect foil in a wandering bassline and leering synths. That "Umuntu" apparently loosely translates to "human" from Zulu is pretty fitting; this is one of the moments on Knockin’ Boots that’s steeped in the human groove that Bashmore once made his own.

That charisma runs into "Simple Love", which is buoyed by Julio's sonorous bass drums, shuffling percussion, the barest hint of house chords and J’Danna’s vocal, which in ten words manages to capture more genuine emotion than all of the record’s flat minutes combined. "Kong" completes the trio, Bashmore’s understanding of melody and bass pumping along beneath Bixby’s vocal. "Think of all we could have been", he wistfully intones; a fitting bookend for an album clearly made by a mercurial talent, but who still sounds at his best quietly knocking out unassuming dancefloor gold.