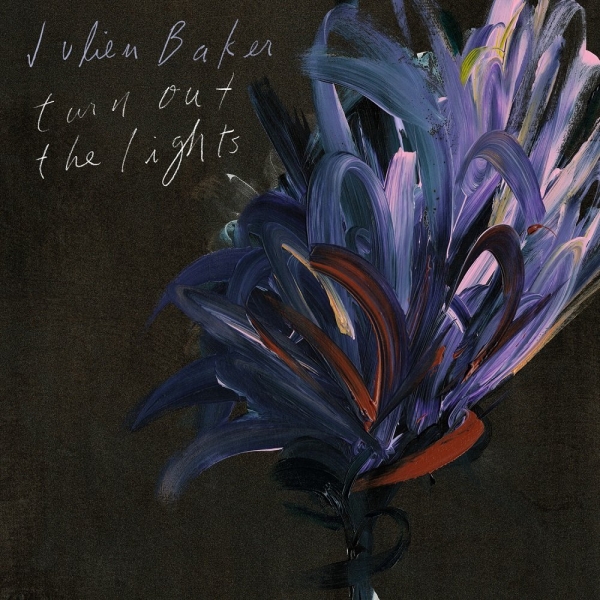 Julien Baker’s voice is immediately striking in its ability to convey emotion so well it’s as if she’s really feeling it all right at the moment of recording.

This is at its most intense when she raises her voice on songs such as “Sour Breath”, where the contrast with the more subtle vocals throughout her striking new album Turn out the Lights, including the harmonies on the stand out “Appointments”, creates something truly magical.

Along with her voice, there’s the same sparse, echoing guitar as on her first album, Sprained Ankle, but there are added strings on some of the songs, which, despite their subtlety, add even more to the emotional intensity. Baker also plays piano on the instrumental opener “Over” and “Televangelist”; welcome additions to her palette that don’t overshadow the beautiful combination of restrained guitar and voice that was so moving on her first record.

Baker’s lyrics have always been at the heart of proceedings, and this album is no different: it’s still confessional, honest and intensely personal in the same way Sprained Ankle was. Turn out the Lights is a searing insight into what it’s like to struggle with mental illness, but Baker also explores the impact of this on her relationships. In this way it can also be seen as a break up record, something especially true of “Sour Breath”, with its first line of “I know you do better when you’re by yourself / free from the weight of my dirt poor health”. The song captures the heartbreak of the strain mental illness can put on your loved ones, exploring its repetitive drudgery and how hard it can be to break out of, no matter how hard you try (“the harder I swim, the faster I sink” is repeated until the end). It has similarities with “Appointments”, though Baker is perhaps a little more hopeful here: “It’s just that I talked to someone again who knows how to help me get better / until then / I better just try not to miss any more appointments”.

Baker battles with herself throughout the album, most overtly on the title track when she sings “when I turn out the lights / there’s no one there / between myself and me”. This theme of restlessness, of not being able to sleep, is repeated throughout; on “Everything That Helps You Sleep” she sings “and everything that’s supposed to help me sleep at night / don’t help me sleep at night / any more”. The overarching theme is restless too, in a way. In “Appointments”, she seems resigned to the fact that her lover will leave her, but by the end of the album, in “Claws in Your Back”, she pleads: “I take it all back / I change my mind/ I wanted to stay”.

That’s not to say Turn out the Lights is not cohesive - it certainly is. In fact, it’s so cohesive in its theme that it can become overwhelming. It’s not hard to see that many struggling with mental illness will be able to relate to this album, a cathartic display of raw emotion. However, Turn out the Lights is about wanting to survive too. The lead single “Appointments” perhaps sums this up best with the line: “Maybe it’s all gonna turn out alright / and I know that it’s not / but I have to believe that it is”. It’s this side to her work that makes it ultimately a healing experience.