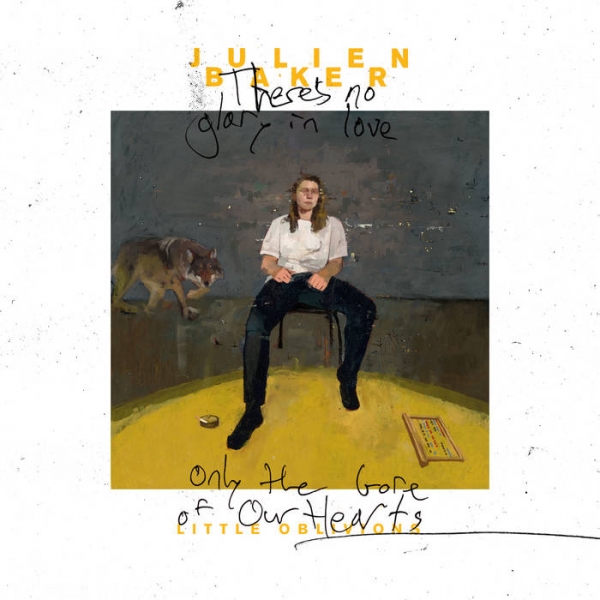 What sets the music of Julien Baker apart from her contemporaries is her eagerness to pose merciless questions to herself, without offering any sense of resolution, and the obliterative nature towards self examination. Little Oblivions is no exception to this, with Baker offering her most gut wrenchingly honest work yet.

What will be immediately apparent to even the most casual Julien Baker fan, is that Little Oblivions is quite the sonic departure from previous records. Gone are the hypnotic and sparse arrangements you may expect, and in their place are songs like “Hardline”; the first tortured chords of which peak through the holes of any emotional stability you think you may have, and buoyant lead single “Faith Healer”. This fuller sound, in part, is what makes Little Oblivions such a startling release as Baker has also noticeably doubled down on the sheer gloom of her lyrical content since 2017’s exquisite Turn Out the Lights.

Julien Baker often fits into the category of musicians whom find absolute clarity when expressing their darkest moments. “Heatwave” bleeds like a wound before falling into a scuzzy chasm, with some of the most visionary lyrics of Baker’s career; “I was on a long spiral down / but before I make it to the ground / I’ll wrap Orion’s belt around my neck and kick the chair out”. Ferocious poetic imagery is scattered throughout the record. On “Ziptie”, Baker eerily discovers that her fight is futile; “Trying to find a reason to fight / but someone’s got my head in a ziptie”. It is clear, from these lines, that Baker does not relent in trying to make sense of the world around her.

Continuing this rumination on self-loathing, “Song in E” paints a truly distressing picture of a relationship, one in which Baker feels as if she deserves the pain she receives; “Face down in the carpet, I wish you’d hurt me. / It’s the mercy I can’t take”. “Ringside” furthers this unwavering, cruel attitude towards herself, from the perspective of a one sided boxing match; “Nobody deserves a second chance, but honey I keep getting them”.

Rarely does an artist so eagerly present themselves in relentlessly un-pretty circumstances, that it makes listening equally as uncomfortable and as it is captivating. Julien Baker has delivered music so full of emotional clarity that it seems a miracle that she survived its creation. Little Oblivions leaves questions unanswered and epiphanies freshly discovered and displays the beautiful moments the ugly times keep quietly hidden.