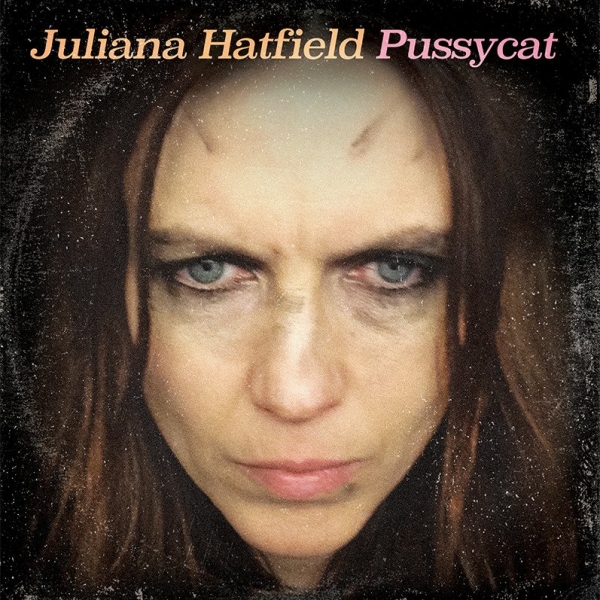 When Juliana Hatfield spun that bottle nearly 25 years ago, little did she know she’d capture lightning in it a generation later going head to head with the most ludicrous presidential administration in America’s history.

Reacting to an event as emotionally polarising as last November’s election is difficult beyond, at most, a handful of songs without losing steam and coasting into parody, yet Hatfield’s made a 30-year career of creating and meeting her own expectations. While much of the music community’s vitriolic response to the Trump administration has understandably been relegated to stand alone tracks, Pussycat is a flab and clunker-free 14-track mauling of the POTUS and his hangers-on from every angle which Hatfield can land a shot.

Armed with her notebook full of Trump-seeking missiles, Hatfield grabbed nothing more than her gear, a session drummer, and an engineer and bashed Pussycat out in under two weeks. From an artist who’s bucked trends and rejected authority since day one of her career, Pussycat fits squarely into Hatfield’s creative aesthetic. What’s more, it’s a brazen reminder that Hatfield has long been a socially aware artist, having tackled themes such as mental health, definitions of beauty, body image, and the environment.

Pussycat is prime Hatfield, each song built on a sturdy pop hook, chock full of lyrical candor, and gets out of the way once the point is made. She balances the album between her two stylistic fortes, reserving wistful power pop for her reflective cuts and unabashed grunge when taking aim at her specific targets. Furthermore, her tight thematic focus and the album’s off-the-cuff birth process translates Pussycat into the most immediate sounding album of Hatfield’s storied career and steers it clear of the temperamental meandering and moody affectations that has, on occasion, crept into her solo work.

What makes Pussycat an unqualified success is how Hatfield has constructed it with multiple dimensions and, no matter the mood or approach a given song takes, she continually scores with material among the finest of her career. The ruminative “You’re Breaking My Heart” and “Sunny Somewhere” bleed sublimity, highlighted by Hatfield’s lean guitar work. Never outing Trump by name, “Short-Fingered Man” and “Rhinoceros” tissue-thin veils are shredded through by Hatfield’s crudest lyrical jabs and ballsiest riffs to date. The one direct salvo is launched at Stepford Wife-cum-senior presidential adviser Kellyanne Conway, her namesake tune featuring Hatfield’s deliciously intimated desire to “be the first one to make [her] cry” and a downright danceable coda.

Just when she seemed content to join the 90s reformation circuit or please her cult of fans with crowdfunded releases, and at a time when she herself was unsure whether she had any more to say, Hatfield has said practically everything that’s on everyone’s mind currently in any which way we’d want to convey it. Pussycat will inherently become a time capsule of sorts for this fevered moment in history; what a gut punch for posterity when they open it up.