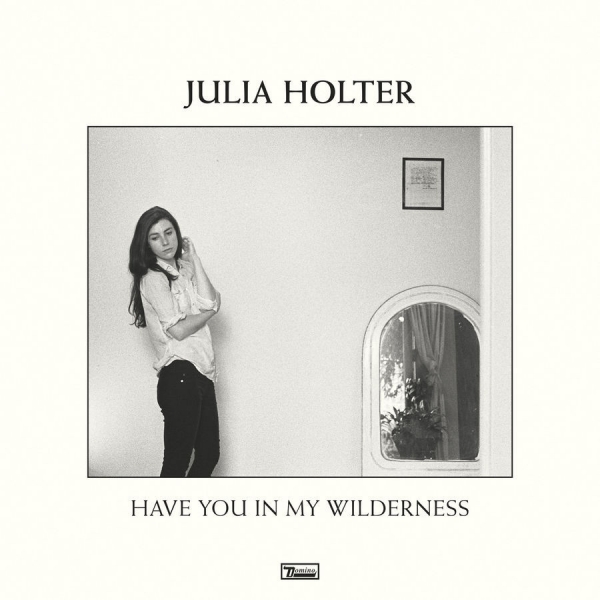 Water imagery pervades California-based singer and composer Julia Holter’s fourth record, Have You in My Wilderness. Some mentions of rivers and rain don’t resonate beyond the quotidian, while others lend a mythic backdrop to Holter’s narratives.

With this in mind, it hardly seems coincidental that this is her most translucent album to date: she’s stripped back the heady layers of effects that padded 2012’s Ekstasis and diverged from the lyrical abstractions that featured widely in her early work. The result is an avant-pop record rich with subtlety and clarity.

The phrase “concept album” has historically been applied to bloated prog-rock ventures, though it’s something of an accurate descriptor for Holter’s first three records. At most, she reanimates an existing storyline—as was the case with both 2011’s Tragedy, which drew on Euripedes’ Hippolytus, and 2013’s Loud City Song, which was loosely based on a novella by the French author Colette. Allusions to Virginia Woolf and Frank O’Hara were the threads that bound Ekstasis, though a close-reading of her lyrics would scarcely begin to reveal this. Holter has always written within a larger thematic framework, but on a line-by-line basis her words were evocatively rootless.

To the contrary, every track on Have You in My Wilderness is grounded in its own temporality, each a self-contained story or still life. Harpsichord-heavy album opener “Feel You” recalls the search for a fabled other in an unfamiliar place. Holter delivers her vocals in a lively staccato, interspersing observations about her surroundings with questions: “Am I heading toward you?/It's a hot day/Can I feel you?/Are you/mythological?”. The dreamlike qualities of her first two records aren’t so prominent here, and this can be partially attributed to the addition of a seven-piece band to the mix. While Ekstasis in particular is a marvel of bedroom recording—with Holter’s hazy synths and found sounds combining to form an intimate and enclosed soundscape—the two full-band offerings that followed it are far more expansive.

Holter’s classical training (she holds a degree in composition from California Institute of the Arts) is evident across her newest work. The album’s instrumentals—from the lively upright bassline on “Silhouette” to the emotive piano of “Betsy on the Roof”—are pristine without seeming affected. Something similar can be said for her vocals: the whole of Have You In My Wilderness is saturated, but not weighed down, by melody. “Sea Calls Me Home” is the exemplar, sporting an earworm of a refrain (I can’t swim/it’s lucidity/so clear”) punctuated by faint harmonies. There’s a subtle “Baroque pop” theatricality to her approach, even in the album’s darker moments. The languorous “How Long” finds her pleading: “stay here / with me till morning / with the three man / orchestra playing”.

With its varying emotional timbres, critics are likely to deem this Holter’s most personal effort yet — despite the fact that she’s spoken about openly the cast of characters invoked on the album. “Lucette Stranded on the Island” is reportedly inspired by a Colette story which tells of a young woman’s abandonment on a Balearic island.  The track begins with the protagonist coming to consciousness on the shoreline; Holter alternates between the perspectives of first-person narrator (“I call my name aloud/looking for what I remember”) and bystander (“oh she’s been marooned/can anybody help her”?). A cinematic string backdrop and some reverb-soaked keening add to the sense of distress and disorientation. Even when her lyrics seem to explicitly address a romantic relationship, Holter injects an element of the surreal to achieve narrative distance. “Night Song” is an ambient account of uneasy intimacy; she asks her lover to “show me how you make/your second face”.

In name, Have You In My Wilderness implores listeners to step into a barren landscape. In actuality, the record is anything but bare: it’s lush and nuanced and layered. Holter’s voice is pliable in a way that it has never been before; shedding and adopting personas with a deft turn of phrase or vocal maneuver—evidenced with the breezy and conversational “Everytime Boots” and the cool spoken word interludes of “Vasquez”. Ultimately, it almost feels unfair to refer to it as a pop record; its influences are varied and comparisons to the likes of Joanna Newsom or Cat Power fall short. Holter’s sound and approach are entirely her own—Wilderness is scholarly but not overly-calculated, ornate but not lavish. In a career that has been nothing short of innovative, this arguably marks a creative peak.