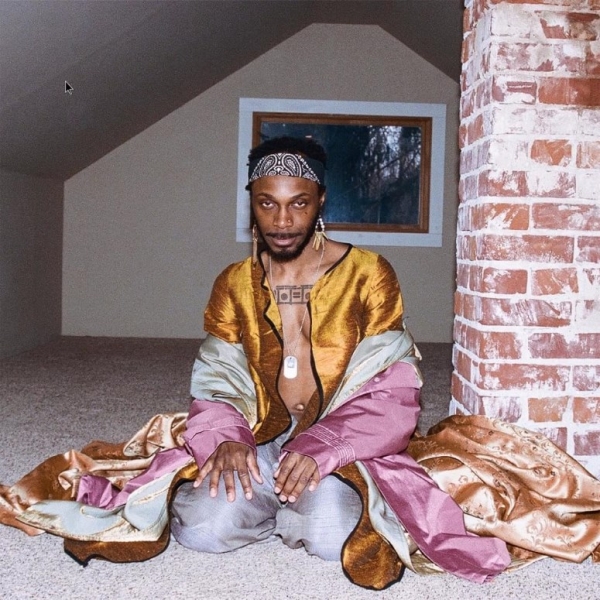 So says James Blake in a tongue-in-cheek teaser for JPEGMAFIA’s new album, All My Heroes Are Cornballs – the follow up to the rapper’s lauded 2018 record Veteran. Here’s some explaining of the joke for you, reader: it’s funny cos he does do all of those things well.

First thing you need to know about JPEGMAFIA is that he deals in discordance. When listening to the Baltimore rapper-cum-producer, forget typical song structures and hooks. Don’t expect sing-along ’woah’s’ – get comfortable being uncomfortable for a bit. Fans of his previous record, Veteran, will be accustom to this. But on All My Heroes Are Cornballs, Peggy’s process from production to release has been fresher and faster, and in turn the songs feel more raw, less tweaked with and the conflict he creates between the melody and rhythm hit harder.

On paper, the 18-track record seems a hefty listen but it’s Peggy’s shortest record to date and whittled down from nearly 100 tracks he had created. Its opener and lead single, “Jesus Forgive Me, I am A Thot” – aside from possessing one of the best track titles – is a chunky bit of bait, doused in marmite. Those who sink their teeth straight in will savour its jarring tang and everything there on in is less of a shock to the system. Over the two and a half minutes of the opener, things bounce between textbook Peggy flow into punchier bars and just as quickly into Gambino-esque falsetto.

Unlike other artists, however, the shifting of style in his vocal delivery isn’t the only stand out point for Peggy. His production isn’t merely a foundation – the beats are so multi-faceted they could stand alone impressively without any vocal contribution. From the more mellow “Grimy Waifu” to the glitchy title track “All My Heroes Are Cornballs” to the genuinely melodic “Thot Tactics”, as much thought has gone into the idiosyncrasy of the beat as it has the vocals. You could probably count on one hand the amount of rappers who are successfully producing the full package and executing it to this standard.

Taking a moment to focus on the lyrics, JPEGMAFIA talks plenty about the internet’s legacy: “When I die, my tombstone’s Twitter” and “smh no ASMR”. Pertinently, he addresses trolls on “Beta Male Strategies”: “Say what you said on Twitter right now / you only brave with a board and a mouse”. The “You think you know me” skit from WWE’s Edge’s entrance music is littered throughout and there’s a spattering of nods to iconic tracks gone by like TLC’s “No Scrubs” on “BasicBitchTearGas” and Wayne Wonder’s “No Letting Go” on “PRONE!”.

Through AMHAC, JPEGMAFIA has attempted to produce something so questionable, unique and conflicted in its elements, that on first glance, it’s uninviting and dissonant. This goes for the use of his close friends giving faux unfavourable comments about the record in the PR campaign too. Yet that friction he creates and the doubt at the front of your mind makes you concentrate more, breathe in every element and realise its undeniable quality.