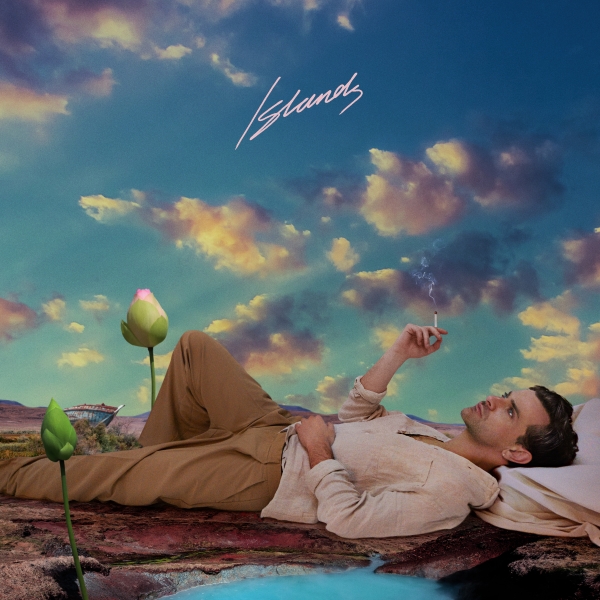 What would happen if Troye Sivan and The Weeknd had a musical baby? The result would be Josef Salvat.

The Australian pop star has now moved into a more independent realm, releasing Islands on a new label. This move to take more control over his music has resulted in an LP that bounces with elation, the freedom that Salvat has now tangible. This may be his most “major label” sounding record to date but Islands pulsates with energy, delivering pop with a capital P.

Club beats that drip with sexiness and sumptuous basslines, Islands pulsates with confidence. Salvat’s anthem for sexual independence "Promiscuity" nods to Prince’s "Kiss" whilst "Sunbeams" bursts bright akin to The 1975. It’s clear that this isn’t Salvat’s first time around the block. Balancing '80s inspired synths and dynamic vocals that flood radio stations, Islands has a cinematic element to it. "Honey on the Tongue" could be part of a musical of modern life, especially of someone who is as lovesick as loved.

Salvat captures the ups and downs of a mind obsessed with someone else. "Sunbeams" has deep low synths that contrast with Salvat’s echoing falsettos; you can picture the glowing gold beach lit up by a sunset and two figures finally secure in one another. The strength of Islands is found in Salvat’s storytelling. Filled with compassion, his reflections are filled with learning from the past, anxieties and realisations that come from relationships.

Islands could benefit from branching out more. Salvat has definitely found a stride where he is comfortable and he has produced a record of easy pop listening. In the competitive world of the top 40, he has already ticked the ‘bop’ box but there could be more. One foot in the door, Salvat has the opportunity to not blend into the pop scene and step outside genre boundaries.