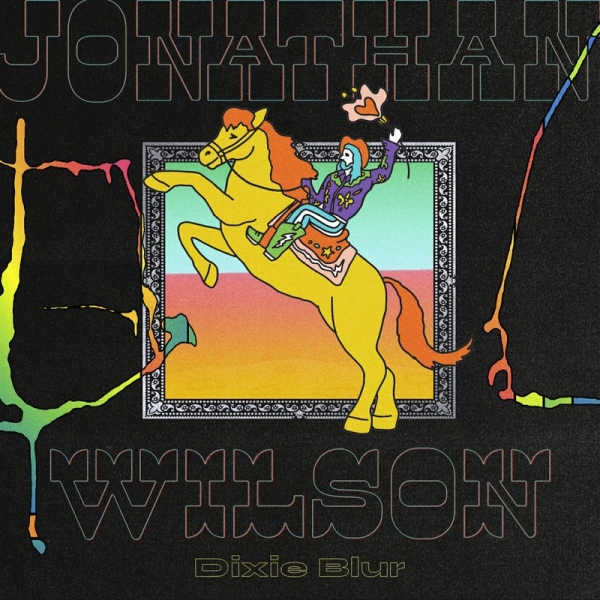 Californian Jonathan Wilson has made no attempt at hiding the influences of any of his previous albums. Whether it’s the late ‘70s era Beach Boys and Elton John, or forgotten soft rockers only heard on FM radio, it’s all worn heart-on-sleeve.

Flirting with country-rock as he does here on his fourth album Dixie Blur, it's an unsurprising move for an artist so fascinated with Americana. Undoubtedly his most explicit journey into this world; be it the drivetime rock of Tom Petty, the story-telling of Springsteen, or the ambitious whimsy of Van Dyke-Parks. Even looking at the album sleeve you can tell Wilson has been getting with The Byrds’ 1968 country-rock masterpiece Sweetheart of The Rodeo more than a little.

Recorded in Nashville, pedal steel guitar, bass and fiddle drive the tunes onward, wielding some great results such as the boozy country-rocker "El Camino" which doubles in speed, transforming into a raucous gypsy-punk stormer, or the violin led skiffle groove of "So Alive" featuring a wonderful vocal from Wilson.

Wilson’s songwriting prowess is evident throughout. ‘New Home’ meanders dreamily in a stoned Drive-By Truckers kinda way before breaking into a “la la la la” coda which is masterful in its simplicity, transforming unassuming pleasantries into an anthemic hands-in-the-air moment.

The 'unexpected Wilson twist' also occurs in "Platform" which updates the shimmering loveliness of Fred Neil’s "Everybody's Talkin'" with its hushed vocals and unfussy plucks of acoustic guitar which abruptly stop for a closing minute of wind instruments in a moment which could sit comfortably on The Beach Boys’ art-pop masterpiece Smile.

"Oh Girl" is an ambitious mini-suite of songs which begin in Fleetwood Mac territory, and cocaine-laced Californian vibes, with Wilson evocatively reminiscing amidst harmonica solos and another of his gorgeous wordless codas.

The highlight here is "Enemies", which channels early '80s Springsteen if he were produced by Phil Spector in an over the top moment which veers perilously close to the ridiculous campness of Meatloaf’s Bat Out of Hell. Topped with sax, steel guitar and the unashamed theft of the drumbeats of "Be My Baby" by The Ronettes it’s totally unapologetic and all the more brilliant for it.

As the scope and ambition of Wilson’s albums have increased with each release, the grandiosity of Rare Birds has been followed with scaling back here, the hell for leather atmosphere being a result in recording the album in under a week. It’s safe to say Wilson is feeling a little bit country, a little bit rock and roll on Dixie Blur, and as with his other albums, the stylistic tweaks fit him like a glove.