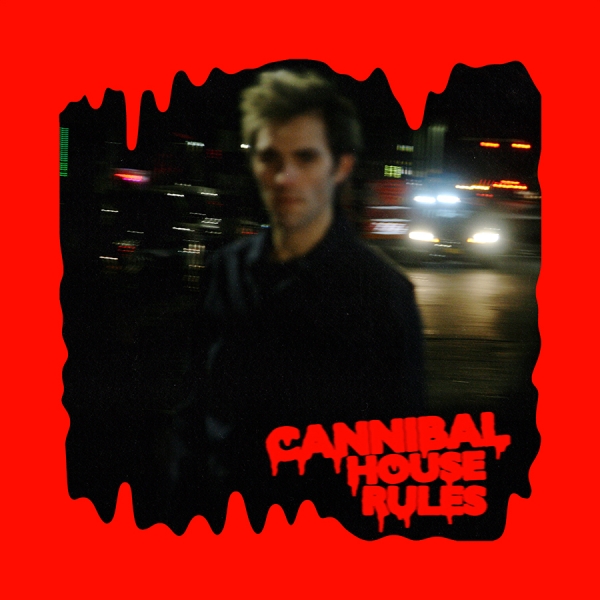 As Jonathan Something—a dead giveaway by itself—the Connecticut-based songwriter, producer, and multi-instrumentalist introduced himself to the world in mid-2018 with a single called “Outlandish Poetica” which opens thusly: “I am somewhere in between the Silver Surfer’s dreams / Of Fantastic Four erotica and doing something mean / Oh, will someone please just stop me ’fore I say something obscene? / I’m not intending to offend, I’m simply trying to set the scene”.

A feverish pace of writing and recording followed the single’s release, first with an album of the same name in November. Then: A pair of singles (“For All My Life” and “Naked & Lonely”) in early 2019, a double-single that summer (“Heartbreaker/Back to the Country”), and his second album, Art So Small You Can Hardly See It, that October. Whew.

Across all that, Searles has presented Jonathan Something as a kind of Neil Hamburger-esque anti-musician and -songwriter. (He states on the Bandcamp page of his first album that the record “creates an almost anti-blues/anti-rock style that masters classic sounds while still mocking the perceived seriousness in the established music scenes.”) In his short career, Searles has proven to be superbly talented at satirizing disparate genres and artists, including: The Velvet Underground, Motown, The Stooges, Bob Dylan, and Britt Daniel’s tidy, less-is-more approach. Fittingly, his voice sounds like the middle ground between those latter two and also seem to be primary songwriting influences.

Whatever sound or impression Searles attempts on a given track, he’s always played it straight (and often offered a subtly sticky melody) with his tongue firmly planted in a cheek. So when he answers the question, “What happens when you mix Dylan with power pop?,” as he does on Outlandish’s “Sunday, July 26,” you get eight minutes of entertaining absurdity where a narrator rides on a train and makes stray observations: “A black fella struts with one pant leg rolled up / Right off the train to the bed of his truck / A middle aged white woman watches him leave / I bet she’s a racist, but looks can deceive / Hey, maybe she’s just got a thing for black men and afros”.

With Cannibal House Rules, Searles’s newest offering, he’s thrown out whatever rulebook he went by (if there ever was one). For the first time, Searles offers a unified work in the form of every type of popular sound from the pastel-coated and coke-dusted ’80s. Until now, Searles’ mockery has been reserved for single songs. Here, however, he’s taken it to the next level by fully committing to the bit for an entire album. The result plays (and feels) like the soundtrack to a John Hughes film with the requisite peaks and valleys of the medium, but in a sarcastic manner. (Whether or not you decide to follow along with the album’s “story” that might be about a literal cannibal is up to you.) Mid-album highlight “Firestarter,” for example, would be about where the two lovers gaze into each others’ eyes under moonlight and kiss for the first time, and so Searles efficiently pairs together a perfect moment and farce: “I hear God when you’re around / Let’s get naked and then hit the town”. He follows “Firestarter” with an instrumental called “Escape From Sex City” that would fit right in with the scene where the protagonist is running from the cops or some killer. It’s this kind of discordant smash-cut layout that keeps you wondering what he’ll do next.

Cannibal is littered with waiting-to-be-discovered gems like that. The Depeche Mode-esque “God Is Goth,” offers a deity who, if taken literally, has a Jesus & Mary Chain tattoo and ODs on cocaine. Meanwhile, “Cake World” is a soft-rock ballad (complete with farty synths) about a special night with a special someone and features brilliant silliness like, “You run in circles ’round me everyday / Feeding my ego like a flower the birds would pollinate”. There’s even a solid David Bowie impression (“Power Moves”) with smirking cynicism: “In your car / You got fucked by the football star / And he only got kind of hard / That’s not even the saddest part”. Elsewhere, you’ll find Searles try on every other vintage hat he can find, like Survivor-esque hard rock (“Sticky Love”), a Prince-lite dance number (the title track), and Vangelis retro-futurism (“You’re Surrounded”).

And because Jon Searles gives himself entirely to the joke, all of it works. It also helps that he has a seemingly prenatural gift for melodies and hooks that stick in your head, and Cannibal House Rules has some of the strongest of his career. He’s also got a superb eye for arrangement. He knows that putting the sashaying piano in the left channel and the proggy synths in the right turns them into lovely dance partners for the listener during “Firestarter”. And he understands the jarring (and yet guffaw-inducing) effect of putting the sexy sax of “It’s Hip Not To Try” in the left channel like it’s whispering sweet nothings into your ear, and then singing, “I’m hustling / Just like the pros would do / And these fuckers couldn’t stop / Me if they wanted to”. At this point, it seems like Searles can do (or make fun of) anything. His only limitation is himself. Notably, he has yet to attempt satire of heavy metal or hip-hop, but given his track record so far, it’d probably be worth hearing if he did.