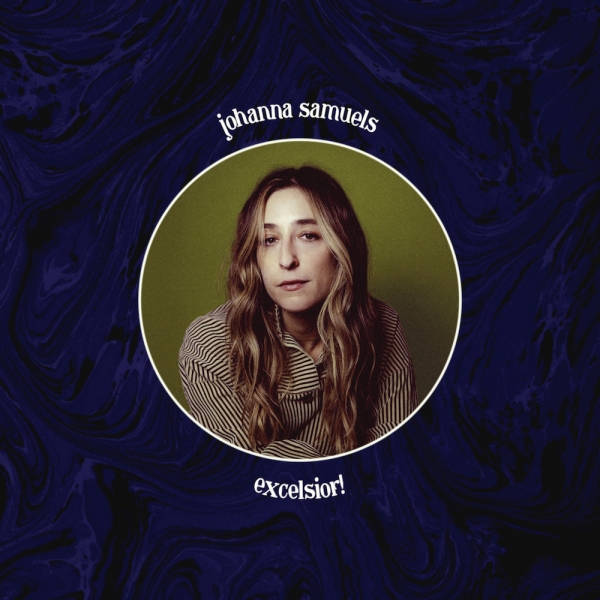 Born in New York City and raised in Los Angeles, it seems singer-songwriter Johanna Samuels was always destined for greatness in music since she was named after the 1966 Bob Dylan track “Visions of Johanna”

Her new record Excelsior!, released physically in the UK on Basin Rock in July, is packed with rich tapestries of vintage sound that escort her playful and evocative voice on a journey of personal documentation regarding the nuances of companionship, meeting people in the middle and personal examination resulting in change.

Excelsior! was recorded back in February 2019 in a small cabin in West Shokan in New York State at the height of winter. Right from the first track “Sonny”, the innocent drum machine and heavy bass synths create an atmosphere of drifting melancholy that’s present for the record’s duration, but it ultimately creates a coherent and provocative record perfect for the late-night blues.

Samuels perfectly glues together her masterful and bright pop-like melodies with her wisdom on humanity and relationships as her angelic voice forcefully tugs at heartstrings until they reach breaking point. The ten tracks are each their own divine and truly astounding emotional outpourings with the power manifest in the mind for days, a sign of true musical genius.

With various nods to the classic West Coast singer-songwriters of yesteryear that Johanna was raised on, Excelsior! is truly a credit to that era. At the same time, its modern twist brings an aura of novelty, thematically emotional, yet musically chilled out pop-rock.

Highlights from the record include the dreamy single “Nature’s Way” showcasing Johanna’s playful vocal ranges, the slide-guitar heavy and melancholic “High Tide for One” and the beautiful closing piano ballad “Cathy”. Regardless, all ten tracks are beautifully complex and emotionally sincere, all in all creating a truly moving masterpiece.

Music has always run deep in Johanna Samuel’s blood, and Excelsior! proves that. It’s an album so complex, moving, and mature, it’s enough to make any other singer-songwriter wish they were that good. With being named after a Dylan track and being raised on classic influences, an album as truly great as Excelsior! was always written in the stars for Johanna Samuels.