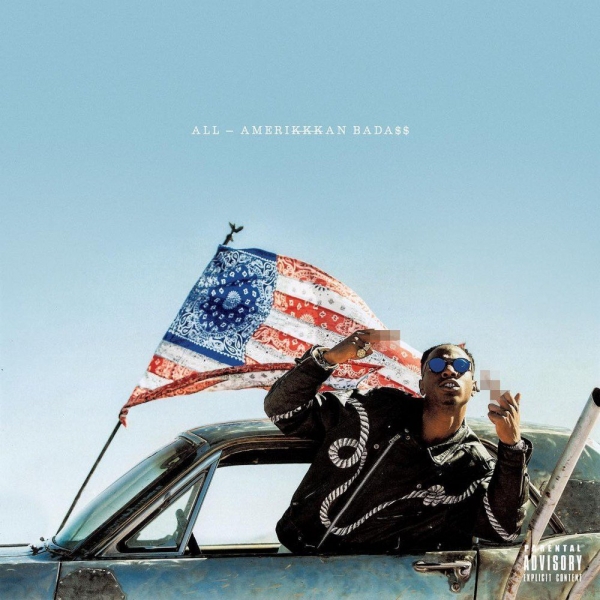 The weight of expectation can be dangerous to any young artist.

Upon the release of debut mixtape 1999, Joey Bada$$ was billed by the hip-hop media as “the 17 year-old rapper who’s like Nas on Illmatic”. Comparisons to other pioneering New Yorkers – Black Moon, Biggie Smalls, Big L, Jay-Z – came thick and fast. Even Malia Obama outed herself as a fan. Many saw the Pro Era figurehead as the rapper to lead New York’s second golden generation, and nothing short of a classic debut LP would prove sufficient.

It’s for this reason that on All AMERIKKAN BADA$$, it feels like Joey has something to prove. His 2015 debut B4.DA.$$ was far from a bad album – in fact the DJ Premier-led singles "Paper Trail$" and "Christ Conscious" stand as some of the best hip-hop cuts of the decade - but it wasn’t the instant classic many predicted either, too often suffering from inconsistent production and a general over-reliance on nostalgia. With a seat at the table of hip-hop’s biggest players seemingly within reach, Joey Bada$$ had to settle for a cult following.

If his debut is to be remembered as an exercise in golden-age revivalism, follow-up All AMERIKKKAN BADA$$ prioritises bringing that style into the here and now. Fiercely political and lyrically unpretentious, Joey is on red hot form throughout, firing shots like a high-powered artillery gunner. The shadow of Trump America looms large over the record, and the 22 year-old takes aim at everything he perceives the President represents – from police shootings to wider institutional racism.

The album is jam-packed with incendiary moments. The bare bones production of "Rockabye Baby", a trip back to the glory days of conscious booth-spitting, sees Joey proclaim "If you ‘bout this revolution please stand up/we ain’t got no one to trust/time is running up feel the burn in my gut/and if you got the guts scream 'f*** Donald Trump'". Further highlights include the swaggering centre-piece "Land of the Free", in which the Pro Era member declares himself "a black spade spawned out the nebula".

High-profile guests J Cole and Flatbush Zombies provide variety towards the album’s second half on "Legendary" and "Ring the Alarm" respectively, although neither overshadow the true star of the show. The reggae-tinged "Babylon" is the pick of the collaborations, however, with Jamaican Chronixx savaging the state of America over a potent beat.

Unlike his scattershot debut, Joey Bada$$’ second effort possess a palpable sense of focus. Unlike so many modern hip-hop albums, ALL AMERIKKKAN BADA$$ clocks in at under fifty minutes. It’s concise and straight-to-the-point, with no signs of over-indulgence. In short, it’s the album fans of the New York rapper always knew he was capable of making. All hail King Joey.