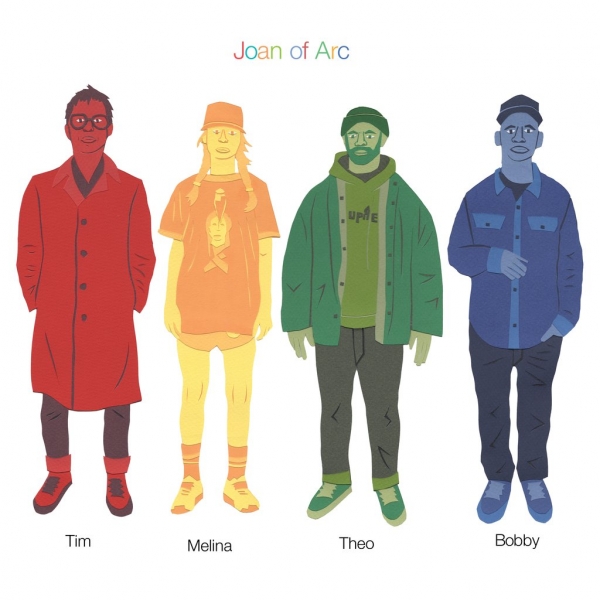 Through numerous lineup changes, artistic shifts and varying priorities, Joan Of Arc have always found their constant in the enigmatic genius of their sole ever-present member, Tim Kinsella. Until now, that is, when we are told this is to be the band’s final record.

Seemingly indefatiguable and unbreakable, other than a temporary hiatus in the early 2000s, it has felt for some time that Joan Of Arc will outlast all other Kinsella projects (Owls, American Football etc) and continue playing music into eternity. Coming from an act renowned for baffling both their fanbase and the press, the idea that this is it does lack some of the believability afforded to most other bands. Nevertheless, this is being projected as the end of the road for the indie/emo stalwarts, and that news alone has bequeathed it with serious reverence from a committed and adoring fanbase.

If this is Joan Of Arc’s final hurrah then, their parting present as they bow out after 25 years of shapeshifting and emotionally wrought service, they’ve opted for the wise tactic of packing it with reminders as to why they’re such a loved band in the first place. Ruminations on the innate contradictions and fluidity of life are paired with an arsenal of sparkling guitars, abrasive interludes and breathy vocals, successfully amalgamating the best of their many divergent sounds. The band’s trademark electronics and snippets from other art forms continue to play their role, whether the whipping drum beat on “Land Surveyor” or “Rising Horison”, which draws to mind folktronica acts like Capitol K. Nothing is regurgitated, but reflective rather of what has gotten Joan of Arc to where they are today.

Change however is alluded to by the tangible desire for something different, the wish to see structures subverted and recalibrated. As on Joan of Arc’s previous record, 2018’s 1984, Melinda takes on some (though not all) of the vocal duties, most memorably on the cosmic “Something Kind”. Her postulation “In the dawn of something kind/I’m the one doing you from behind” suggests not only that something better is expected, but also that what will follow will also be a reversal of norms. “The Dawn of Something” and closer “Upside Down Bottomless Pit” further indicate a change in the waters, perhaps indicating the fluctuating status of the band itself.

While even the most fervent support is unable to fully immortalise beloved acts, it doesn’t make it any easier when the day of reckoning eventually arrives. It is perhaps something to be thankful for then that Tim Melina Theo Bobby is anything but preoccupied by notions of ending. Driven by the same melancholy curiosity that has epitomised the band’s trajectory to date, it instead makes for a wonderfully apt ending to this particular Kinsella adventure. At least for now.