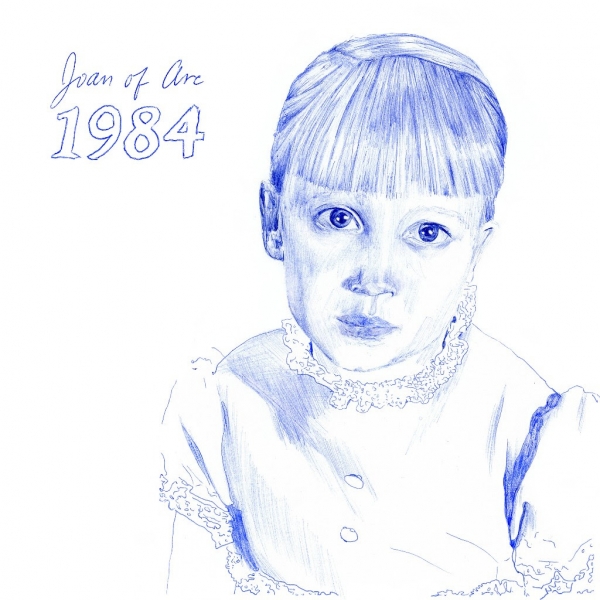 Catching an audience off-guard isn’t exactly easy for an established contrarian group like Chicago’s Joan Of Arc, but 1984 is a notable about-face even for a band predisposed to unpredictability.

Not much longer than a year ago, He's Got the Whole This Land Is Your Land in His Hands found Joan Of Arc back in a state of creative agitation. Founder Tim Kinsella was ceding more control than ever to his bandmates, but still remained fixed in the center. Credit where it’s due here, then; it is a gutsy move for Kinsella to stand aside on 1984 and turn the spotlight over to singer/guitarist Melina Ausikaitis, who came aboard in 2015 when the current line-up came together. The decision appears even more bold once it becomes clear that it wasn’t a commercial one, given that the album consists mostly of spare synthesiser-led tracks formed around Ausikaitis’ a cappella narratives.

Much of the appeal of 1984, then, depends on how successfully her stories and deliveries relate. Throughout, Ausikaitis’ vocal style is akin to childhood half-memories of turning a radio dial from end to end, patches of disembodied AOR, country and pop melodies strung together, even a back-throaty bar rock “woahoah-woahoah” in “People Pleaser”. Sometimes charm helps pull it off, and other times it can lean too much on meta, appropriate as that may be by Joan of Arc’s standards. The semi-stream-of-consciousness lyrics at times echo Mark Kozelek’s recent everything-goes realism, except that here the poetic details are more often found in the awkward rather than the mundane.

1984 is best when Joan of Arc are all hands on deck: the swirling thrusts of “Truck”, the unexpected June of 44-esque turn that “Vermont Girl” takes. “Punk Kid”, determined though it may be to spike potential airtime as a single with an emphasized expletive in the chorus, wins over with a good sense of humor about itself (“And that story about me and a cow/Well it’s not true/But they repeat it anyhow”). Whether or not Joan of Arc are intentionally pulling back from some of the density of He’s Got the Whole, a bit too much space leaves stretches of 1984 less than solid in the process.