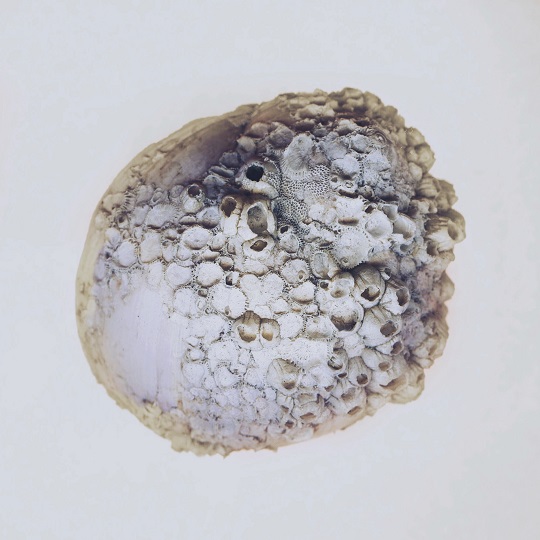 In the last week alone she announced two collaborations with GANGLY and Low Roar. Last year the songwriter released music as part of three different groups, as well as her work in the Icelandic supergroup Gangly, Ákadóttir’s other bands Samaris and Pascal Pinon both reached albums number four with Black Lights and Sundur respectively. Yet somehow Ákadóttir has also found the time to compose the ninth album of her career and her first as a solo artist as JFDR.

When we spoke to her as part of our 2017 Ones to Watch feature, Ákadóttir described Brazil’s recording process with co-producer Shahzad Ismaily, who has worked with equally singular artists like Tom Waits and Lou Reed, as “It wasn’t perfect and it doesn’t have to be… it’s about feeling.” Accordingly, the songs’ emotions are articulated not in an over-polished fashion, but sparsely. The production lends the music an intimacy that accentuates the solitude of the stories, which unpick the nature of a breakup with acceptance.

Actually, to call the nine tracks on Brazil songs in the traditional sense doesn’t do them justice; compositions is a more suitable description. Rather than moving the arrangements from A to Z, Ákadóttir takes a circular route to create the musical narrative, where several pieces start and end with the same sonic signature. The music is as much about what’s not said as what is, the ending of a relationship and the absence that creates is conveyed through suggestion in spaces and silence.

The opening “White Sun” with its line “an ocean wave is welcoming, yet it is carrying all of my sins and all of my troubles” sets the scene for the use of nature as a metaphor and the journey that Brazil embarks on. Over snatches of drums and synths Ákadóttir muses on the ‘weightlessness of the islands intense wonders’, as atmospheric guitar notes, reminiscent of Vini Reilly’s playing in The Durutti Column, glide alongside the melody.

“Anew”, with its hopeful yet melancholy line “I tried to come back and strengthen the cord anew” continues the theme of a journey and a search for rapprochement, where Ákadóttir’s vocal delivery is so emotional it sounds close to breaking. It’s another example of her fragmented compositional method, which has as much in common with pop music as it does with Phillip Glass and Sprit of Eden, Talk Talk’s ode to freeform expression.

“Instant Patience” uses gasps of breaths to provide a rhythmic pulse, heightening the humanity of the line “There is a kind of omnipresence in your words…” and the feeling of unfinished business is echoed on “Higher State” where she intones “Water cannot wash away your visage.” As she goes on to ask “Is it logical? Incomprehensible?” the lyrics create a similar sensation to an Emily Dickinson poem, as full of pauses as they are words, evoking loss and melancholy, a reflection on the complexities of human connections.

Brazil’s closer, “Journey”, completes the tale of transition. As on “Higher State” where the line “With eyelids as heavy as stone” is rephrased to “With heavier eyelids than stone” the words “Seasons change, see the frozen water, I see paths back onto your shelter” mutate into “Seasons change, look at the horizon leaving all colours of the spectrum”. The change depicts an emotional shift, which sets up the denouement “Waves will beat your fake sincerity; lash completely your spirit and body…” as the hope of “Anew” is seemingly finally broken.

Brazil is a record that grows with each listen, where the compositions are a form of musical ellipsis, as elements of the narrative are left unwritten. Yet as she sings in “Airborne” “As we drift apart, as we fade away, there’s nothing to be scared of, nothing to fear”, it’s an ultimately an acceptance of breakup and heartache as stops on the road of experience.

With her first solo record, the astonishingly prolific Ákadóttir has created a story that’s finished, but still lingers in the heart and the memory, just as Brazil does.