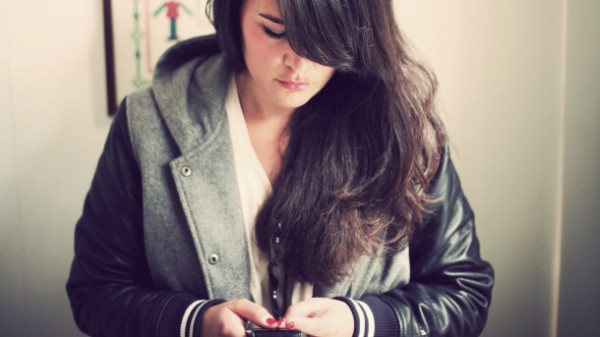 Nearly two years into her career, Jessie Ware has carved out a niche by being your favourite producer’s favourite singer. The twenty-six-year-old South Londoner made her mark via an appearance on SBTRKT’s ‘Nervous’ in 2010, playing the longing soul diva over the track’s off-kilter electro funk. A collaboration with Joker on the otherwise disappointing The Vision and a low-key duet of sorts with fellow SBTRKT associate Sampha on the charming ‘Valentine’ soon followed.

Perhaps seeing a specific quality in her vocal, SBTRKT made sure she played similar roles when he invited her back for two further guest vocals on his self-titled debut. ‘Sanctuary’ reunited her with Sampha in a more forceful, lusty reprise of ‘Valentine’, Ware offering wordless sighs and groans in response to his pained angst, while ‘Right Thing to Do’ put the singer centre stage in the role of a lover caught between hopelessness and nervy anticipation.

By offering feminine perspectives in a overbearingly male genre, comparisons have been made between Ware and fellow Londoner Katy B, but the similarities are superficial. Differences in vocal style aside, Devotion doesn’t present Ware as a pop ambassador for UK funky or post-dubstep – the album is marked more significantly by a mellifluous, comfy sound that instead references Sade, Whitney Houston and Chaka Khan.

On ‘Running’, billowy guitar and horn stab up against her languid, velvety vocal to create an atmosphere of champagne-room excess that’s prevented from being too soft by a rumbling bottom-end and the track’s slow-burn climax. ‘Sweet Talk’ glides along on a stuttering drum machine shuffle and a gentle, neon-lit Rhodes piano riff; her character is more than aware of her courter’s less-than-sincere advances but Ware’s vocal is confident, warm and coquettish. Thanks to a modern, forward-looking production, Devotion sounds less like a piece of reverent revivalism, and more like an interesting counterfactual: what if the sound of R’n’B in 1985 on both sides of the Atlantic – Sade’s Diamond Life quiet storm and Whitney Houston’s Reagan-era debut – had stayed preeminent and assimilated New Jack Swing, The Neptunes’ millenarian futurism and The Weeknd’s “PBR&B”?

In spite of her lovelorn credentials, Ware only recently confessed that she’s “a huge romantic” after listening to a first draft of Devotion. Drawing on both Sade and Houston, her characters swing between quiet restraint and giddy excitement, sometimes in the same song. It’s to Devotion’s credit that Ware is allowed space to develop bigger ideas and balance these complicated feelings. The title track wraps itself in a suffocating fog of submerged bass, chiming glimmers and jazzy guitar licks with Ware calmly imploring ”I need your devotion” in a way that’s both a weary demand for commitment and a sexy come-on. ‘110%’ is an airy house number that affords Ware’s sighs plenty of room and twists Robyn’s ‘Dancing On My Own’ trope into a gamely, self-assured invitation to a distant object of affection.

Perhaps most interesting is ‘Wildest Moments’ – a montage-ready, dubby ballad about a relationship gone (or at least going) wrong that denies the big cathartic release that the drums seem to demand. It’s hard not to get drawn to the scale of it and hear Ware’s declaration in the chorus – “We could be the greatest” – as a brave challenge against the odds, but closer listens reveal that’s really only half of the story. Ware ruefully sighs “we could be the worst of all” with a palpable quality of restrained regret, wondering “what if we ruined it all” in a hurt whisper to her partner, “my wrecking ball” with a contradictory sweetness. Again, her vocal – a sombre mid-range contralto, uniquely British in its ability to betray a weary ache without agony – is the perfect tool for illustrating the day-to-day heavy lifting that marks a lot of the album.

With its mellow, jazzy mood and continued theme of quiet restraint and guarded emoting, Devotion almost feels like a not-so distant cousin of something like Drake’s Take Care. Drake once approached Sade to collaborate with him on his debut, Thank Me Later. ” embodies a lot of class… her voice has that dark, sexy feel,” the Toronto rapper revealed. The same could be applied to Jessie Ware; Devotion is a such a strong début from such a promising talent that offers qualities and sounds we all forgot we liked.