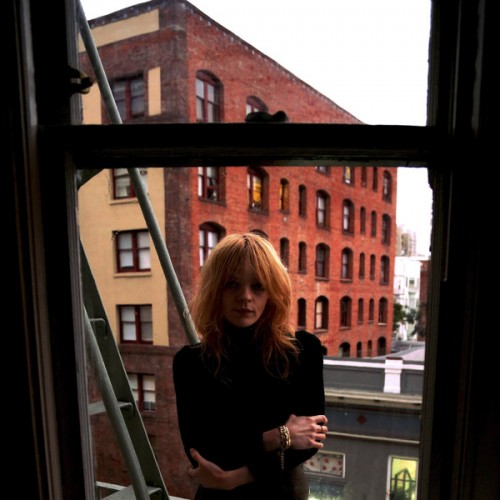 Regression might be something of a pejorative term, but it’s a good word to describe the time between Jessica Pratt’s 2012 self-titled debut album and the release of this new record, On Your Own Love Again.

Retreating from the studio(s) where she recorded in 2007 the songs that would make up Jessica Pratt five years down the line, San Franciscan Pratt recorded album number two at home and by herself, effectively stepping backwards to move forwards in terms of making a definitive artistic statement; On Your Own Again is the sound of a singer and song writer completely at “home” in all the senses of that word.

The names that floated around Pratt’s music the first time around are present and correct again: Karen Dalton, Vashti Bunyan and Sibylle Baier are influences writ large, but on that first collection of songs the influences nearly outweighed Pratt’s own voice. That was partly down to the album being an unconnected series of sketches, but this time Pratt’s unique voice comes into its own. This is all Pratt; double and triple-tracked, her and her guitar, in her home and cocooned from the outside. You might first have to make an adjustment to Pratt’s rather unique voice – curiously clipped English with vowels shifting far south of Hadrian’s Wall, clear enunciation and an interesting vocabulary might always draw comparisons to Joanna Newsom, but Pratt adds a weary and lovelorn edge, a voice that’s seen too many whiskies and broken hearts – and once you do the rewards are bountiful.

As burns go “and you’re dancing too close behind / to the darling in a hidden shroud…you were dancing with the wrong hand” is as medieval and madrigal as you can get, and that’s how Pratt begins the album with “Wrong Hand”. It’s clouded in confusion as she finger-picks her way through the track, harmonising with herself over what sounds like a slightly warped recording. It just adds to the otherworldly nature of Pratt’s music: the out-of-time voice, the old folk influences, and her way with a couplet. Take “Game That I Play” where Pratt asks “Who will say I often try/to leave my thoughts of you behind?”: the structure of the lyric is almost awkward when written down but Pratt’s cadence makes it work, once again accompanied by acoustic guitar which is plucked at with a bit more venom than on the opening track. “Strange Melody” is doomy folk music that crackles with life around a motif where Pratt describes herself as the better half of the title track, while the coupling of “Greycedes” and “Moon Dude” show off the more playful side of Pratt’s music without breaking with the overall tone and pace of On Your Own Love Again.

By the time we get to the closing of the record with “Back, Baby” and the title track “On Your Own Love Again” we find Pratt having moved through a variety of emotions to find herself in a stronger position. On the former’s sprightly strumming she sings “you better reconsider all the love you took and then cast aside” and the short coda of the title track brims with positivity and finds Pratt moving on, to leave her lover as “you’re just you/on your own love again”. Pratt sings of trying to trust in love once more, and with On Your Own Love Again we need not look far for proof that her music is a sign of a wonderful, maturing talent that we can believe in.